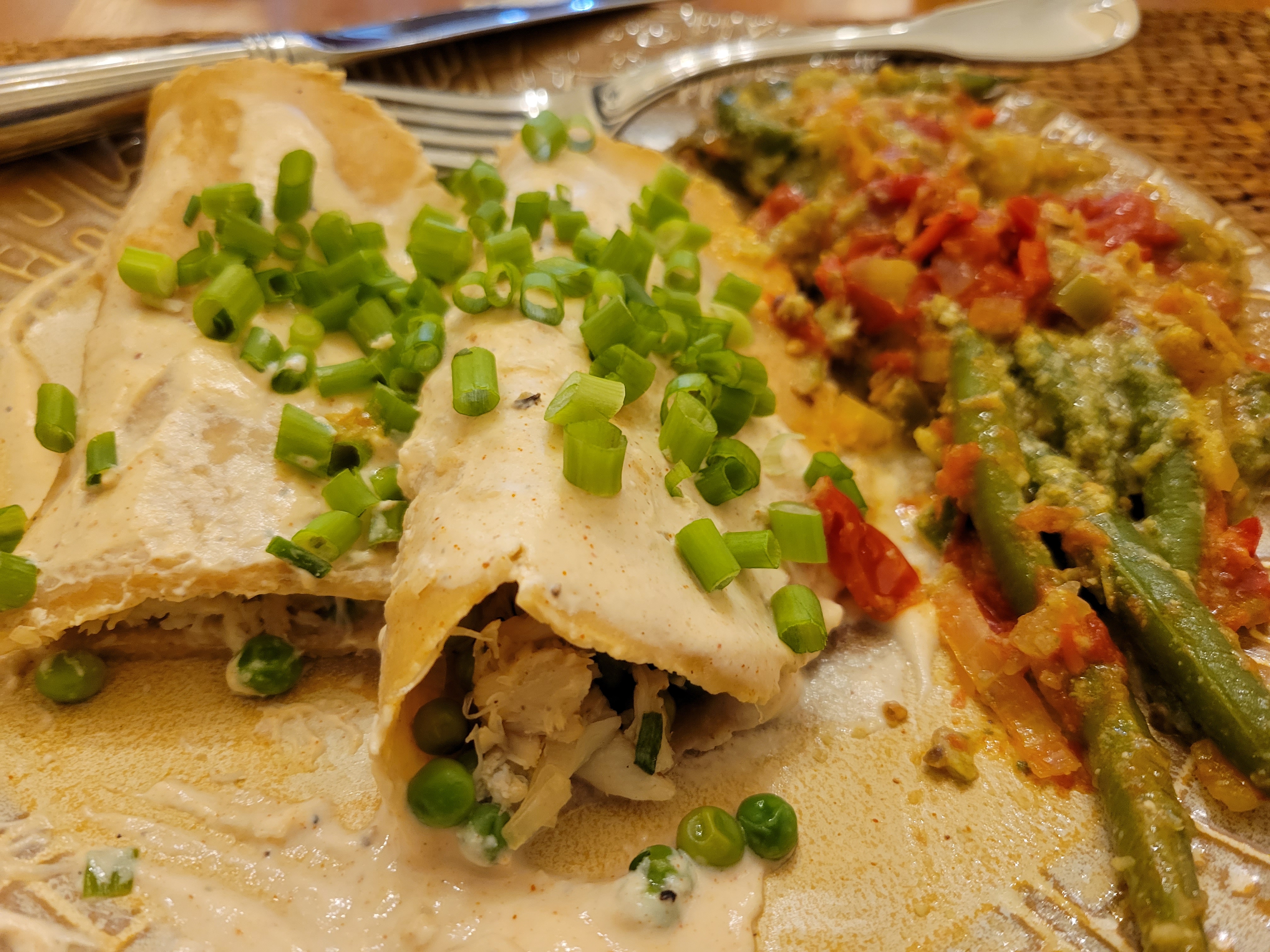 This year's non-traditional Thanksgiving was back to Mexican, because there's no American like Mesoamerican. Last time (2010) was based on Roberto Santabanez's Truly Mexican; this time, we made a menu of the recipes of Pati Jinich. I now have three of Jinich's cookbooks, and we've been watching our way through her PBS series (we're on Season 8: Sinaloa), and between those it was easy to put together a full menu for our small family gathering. Still just the few of us thanks to The Plague. 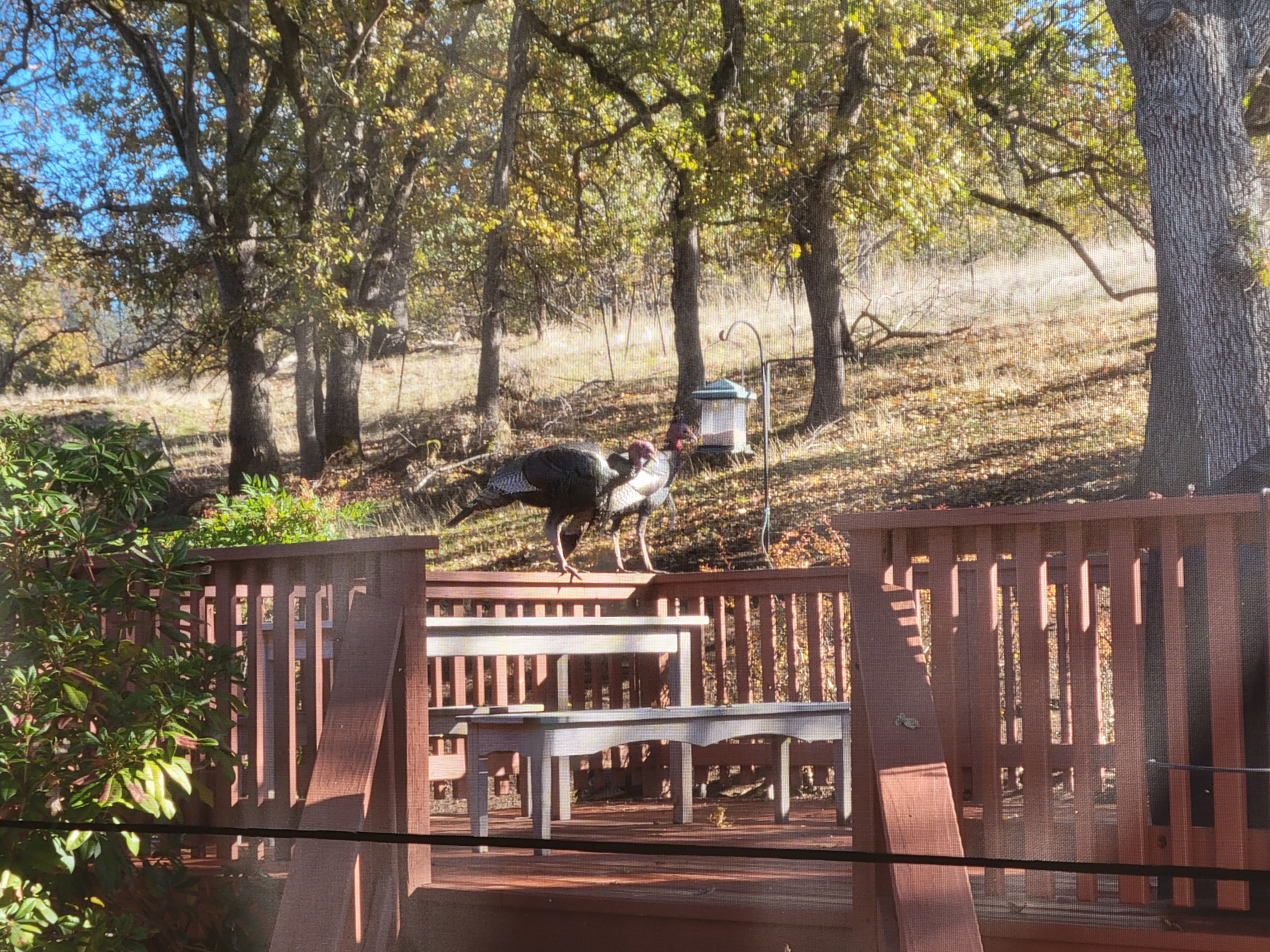 We always do no-turkey Thanksgiving meals, since none of us like it. Well, not really no-turkey; turkeys were present, it's just that they were eating instead of being eaten. 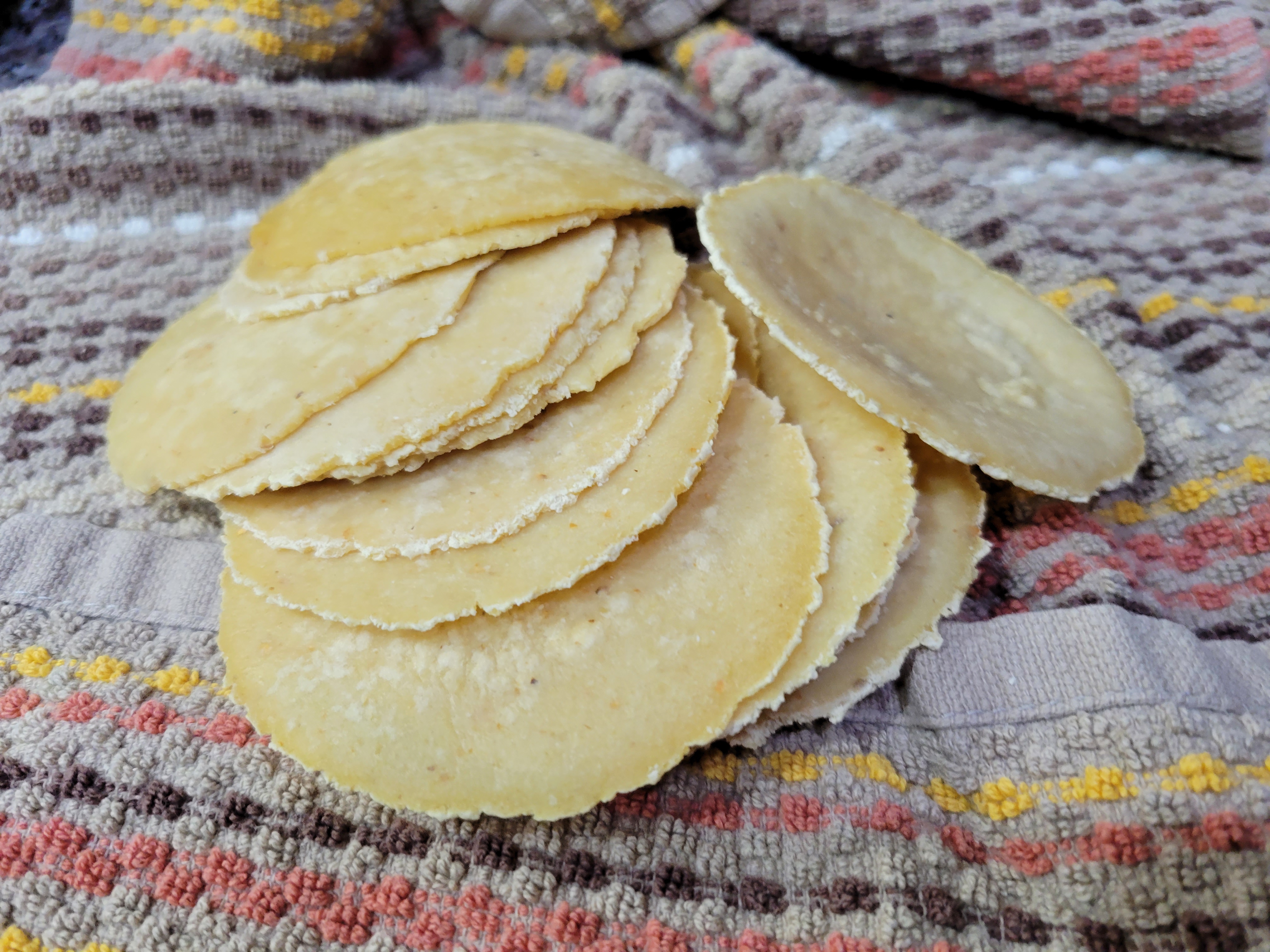 Since enchiladas were on the menu, and there's a nice little market where I can buy fresh masa, I decided to make my own tortillas. It's not particularly hard, or even time-consuming if you have the right equipment: a tortilla press and a large griddle or comal. I think it took me around 70 minutes to make 3 dozen tortillas. I made some mini-tortillas for making mini-tostadas later.

By coincidence, all three savory dishes featured corn in some form. Well, that's Mexican food for you. It's also coincidentally gluten-free. 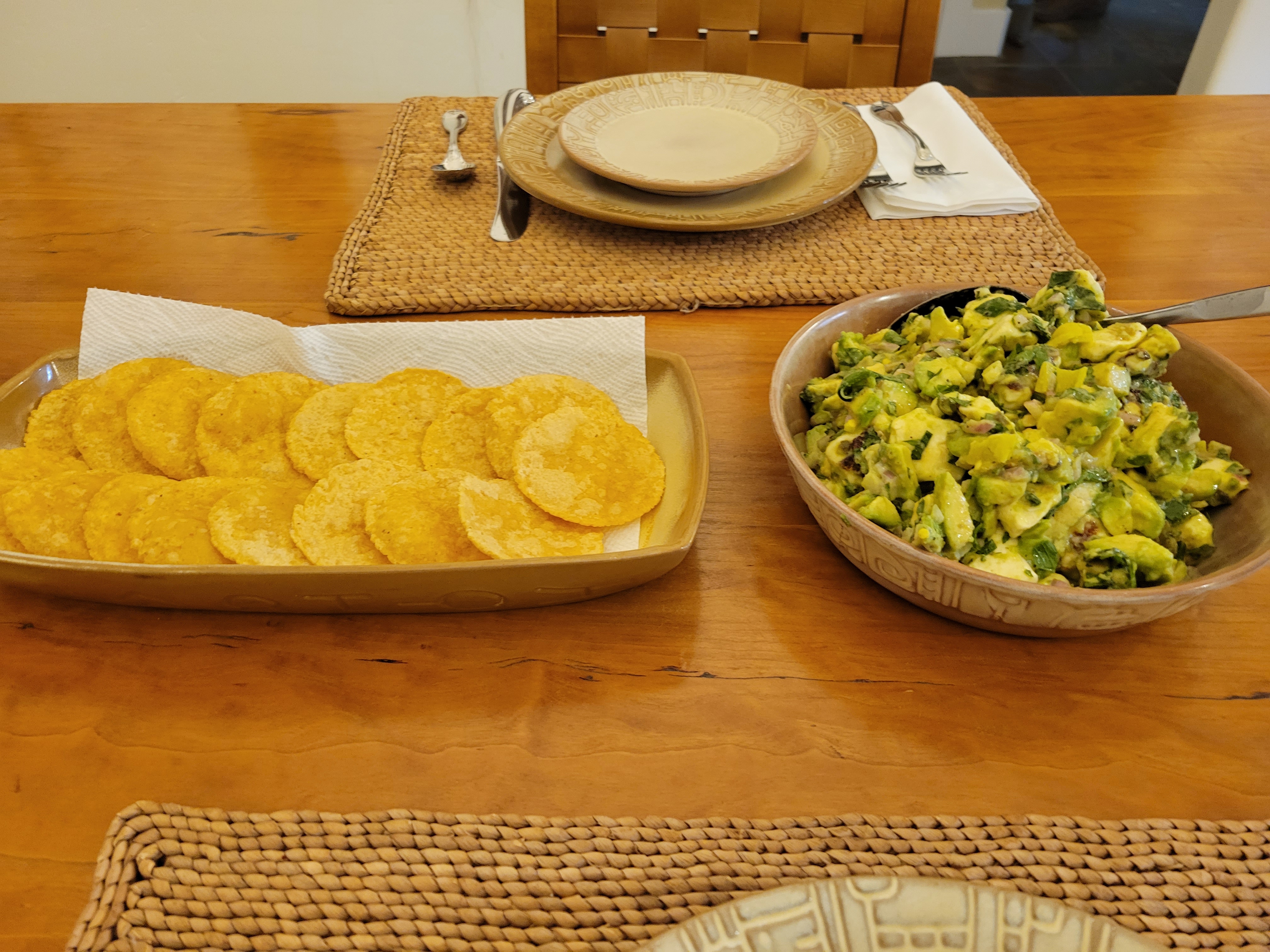 Our first course was Jinich's Avocado/Panela Salad. I made some small changes to it, though: I fried the panela cheese, which I strongly recommend for this; and because some people in my family are capsicum wimps, I replaced the pickled jalapeños with pickled banana peppers. These changes worked and the salad was still delicious. 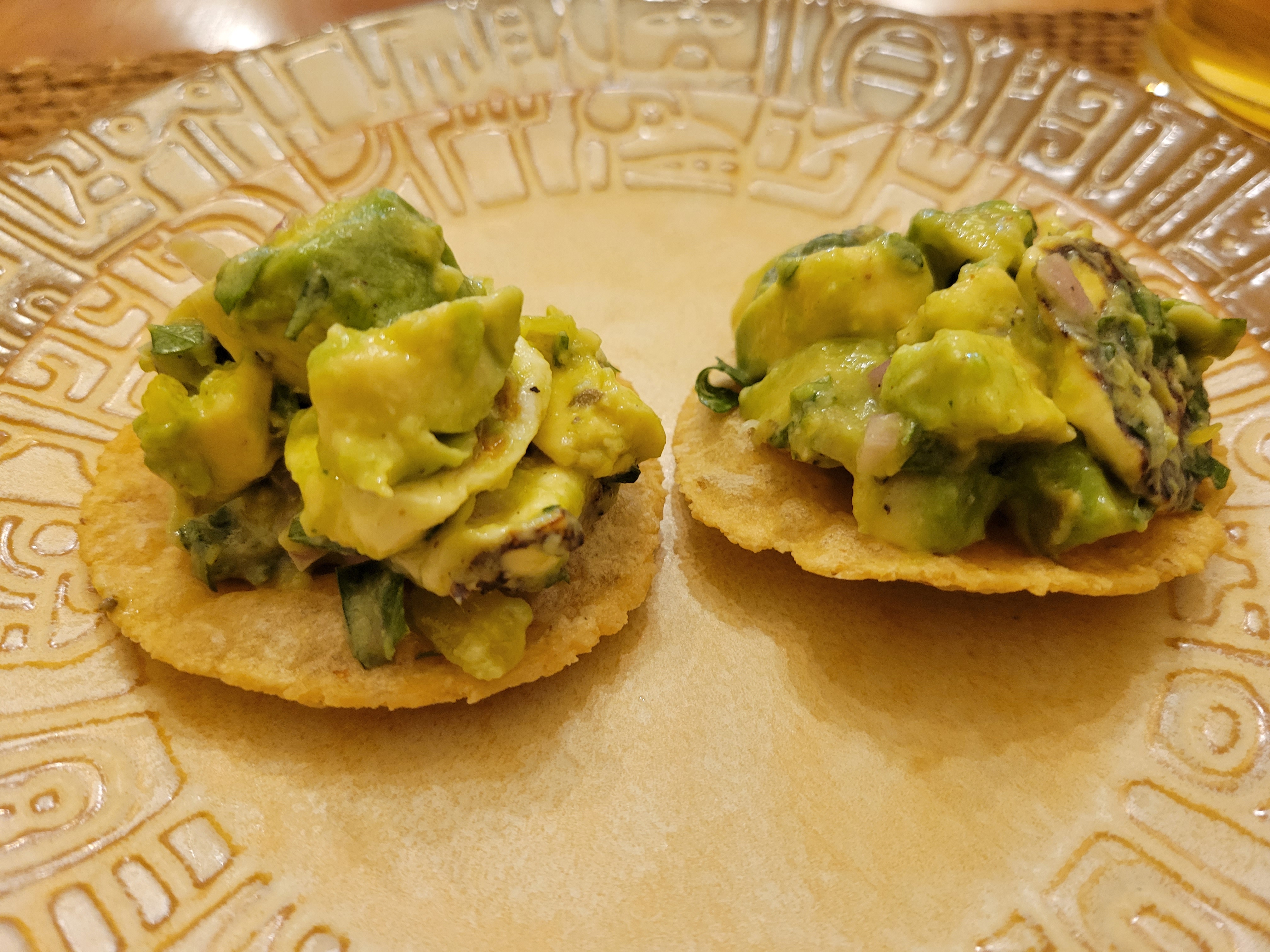 I fried up those mini-tortillas so I could make the mini-tostadas (tostaditas?), putting a spoonful of avocado salad on top. These were big winners. 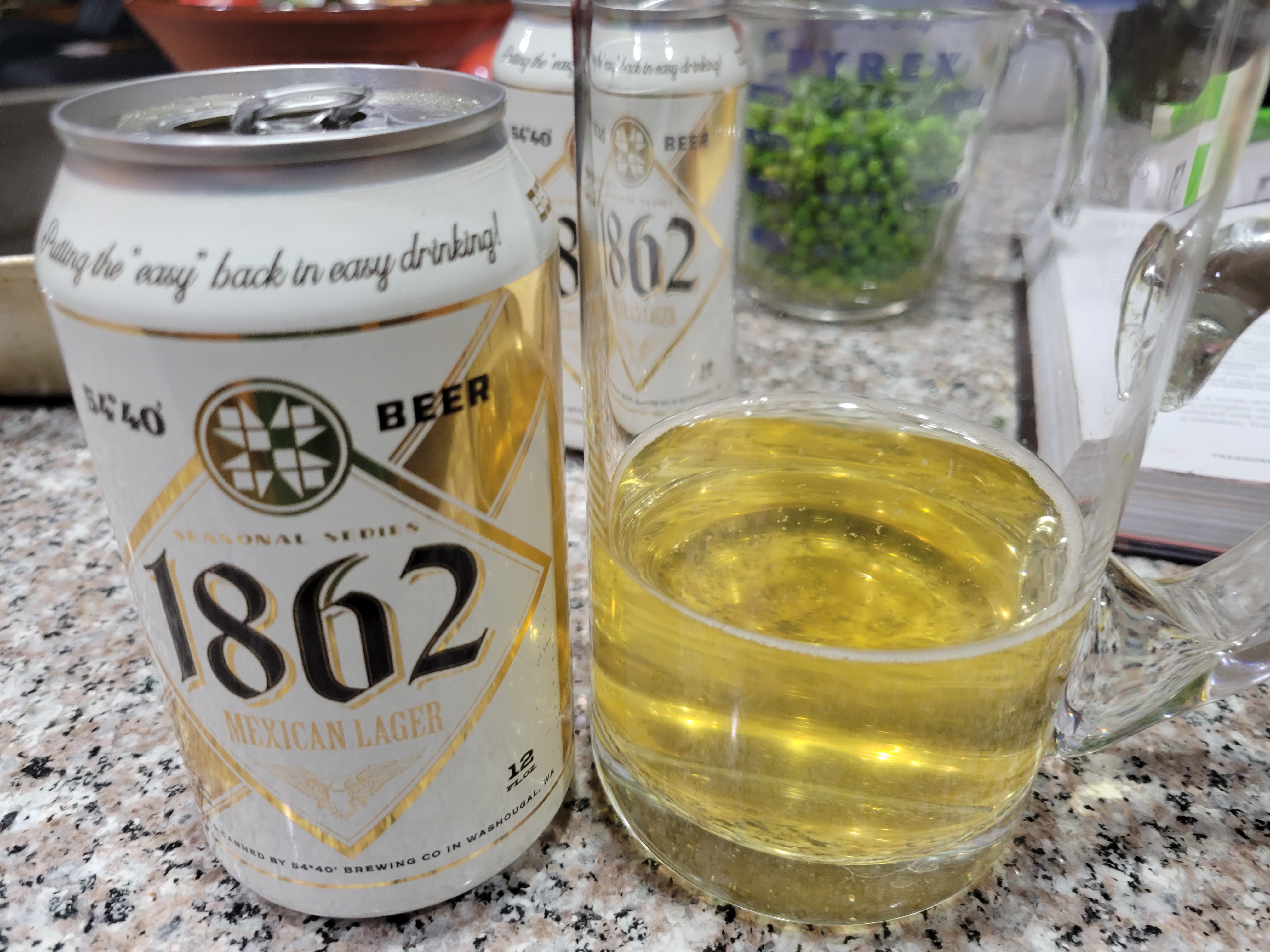 In keeping with the theme, instead of wine we drank 54'40" Brewing's 1862, a tasty, light Mexican-style lager. 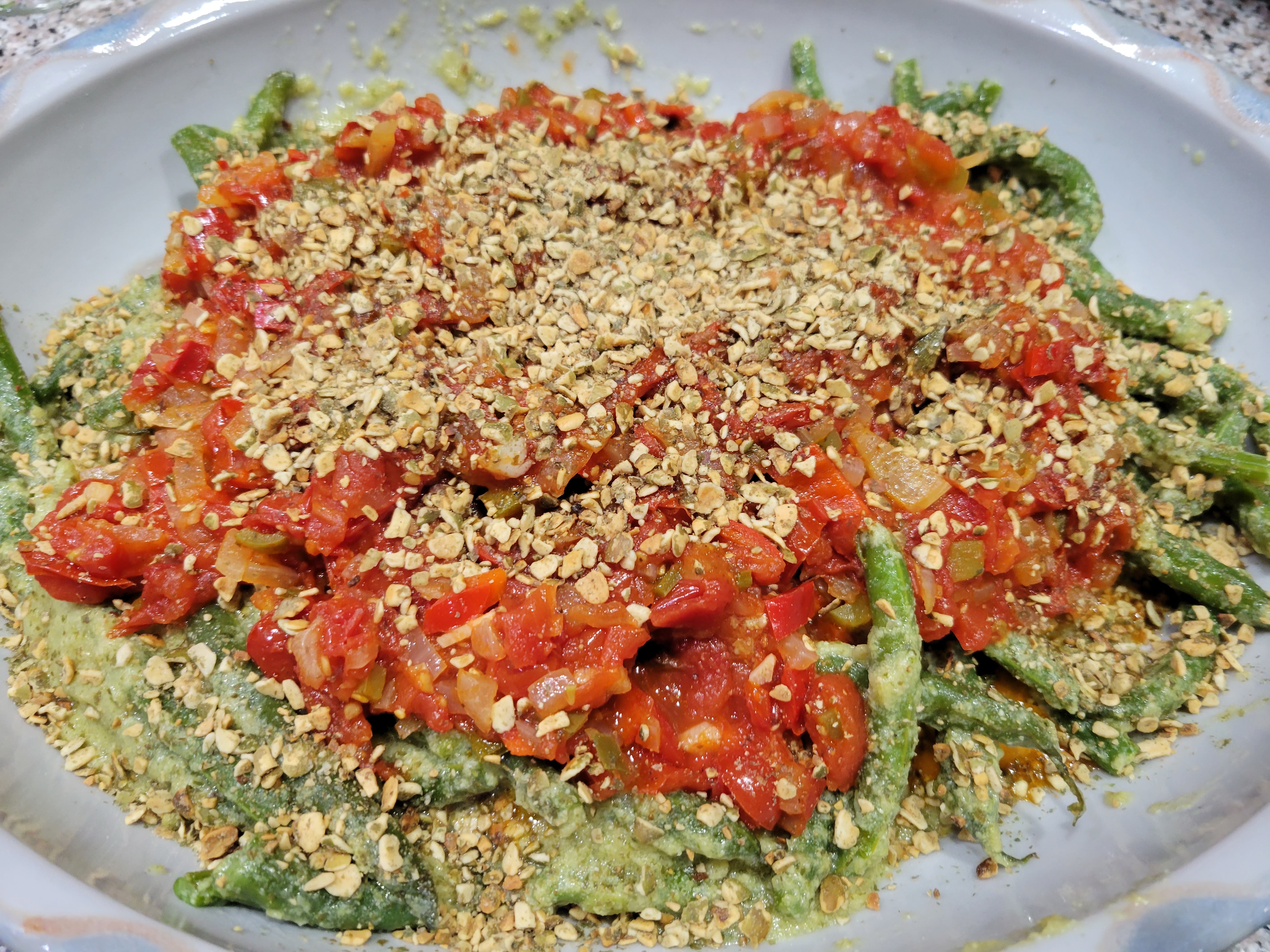 Half the main course was a Thanksgiving standard, green beans. Only these were the Green Beans with Corn Sauce and Pepitas from Treasures of the Mexican Table. This was a surprisingly complicated recipe for a vegetable side dish, requiring a pan, pot, and a blender, but it was completely worth it. These were absolutely delicious and could have easily been a vegan centerpiece on their own. 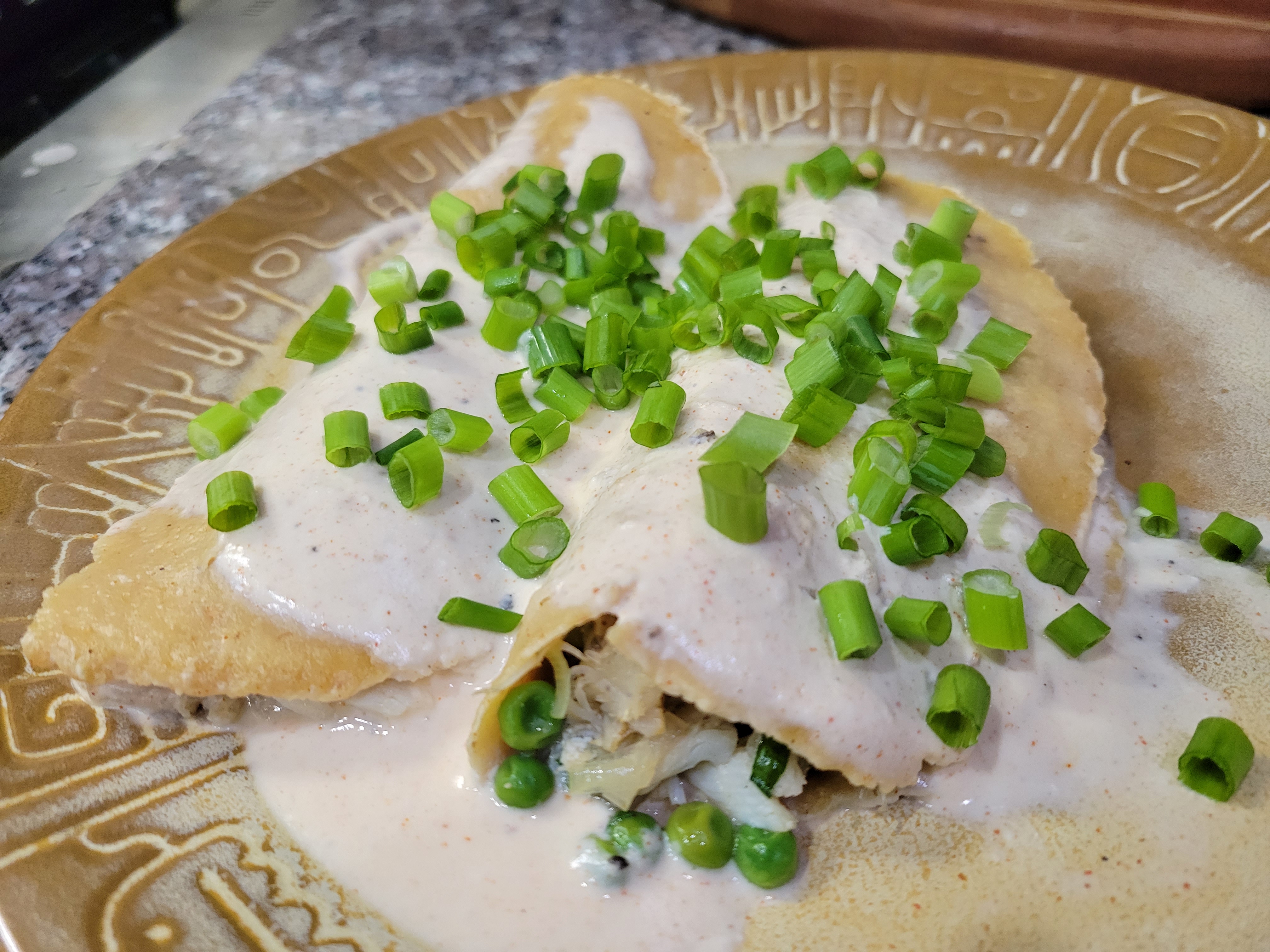 The other main dish was far from vegan: Crab and Pea Enchiladas in Sour Cream Sauce, this time from Mexican Today. This was another success, rich, decadent and delicious, despite actually being faster to make than the green beans (if you don't make your own tortillas, that is). These are very rich; you really won't need more than two per person. Def a holiday dish. Like the other dishes, I toned down the heat by swapping in milder peppers. 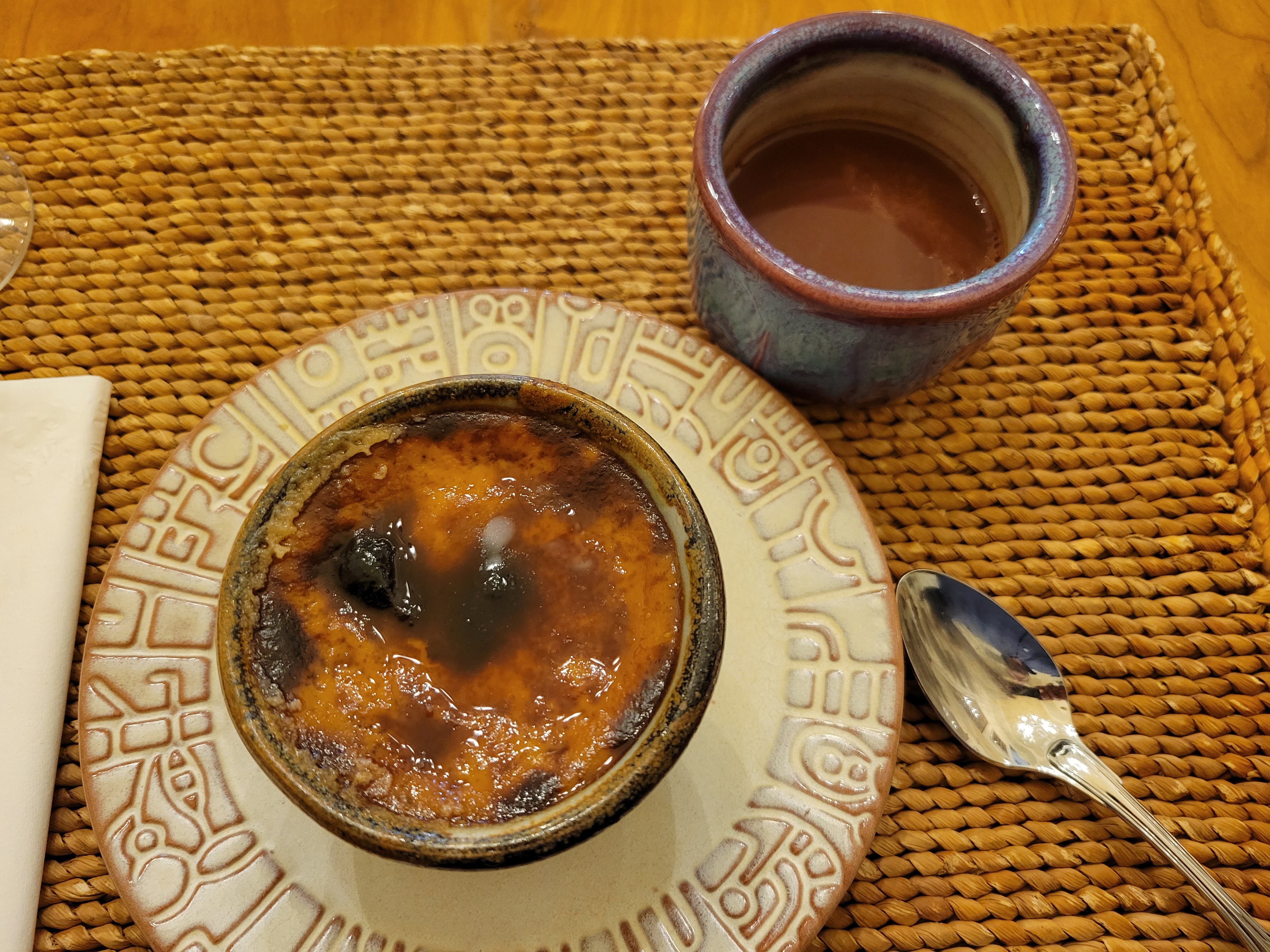 This may look like a light meal but we were stuffed by the time we finished the main course. So we took a two-hour break before re-convening for dessert, prepared by my sweetie. This was hot chocolate and a cajeta custard, this time a Jinich online recipe. Sublime but light and small, which we appreciated at that point in the evening. Tip, though: use a torch to caramelize the sugar for the custards just before service.

So, that's our no-turkey Thanksgiving for 2022. What was yours?

(No recipe in this article; you can find two of the Jinich recipes in the links)