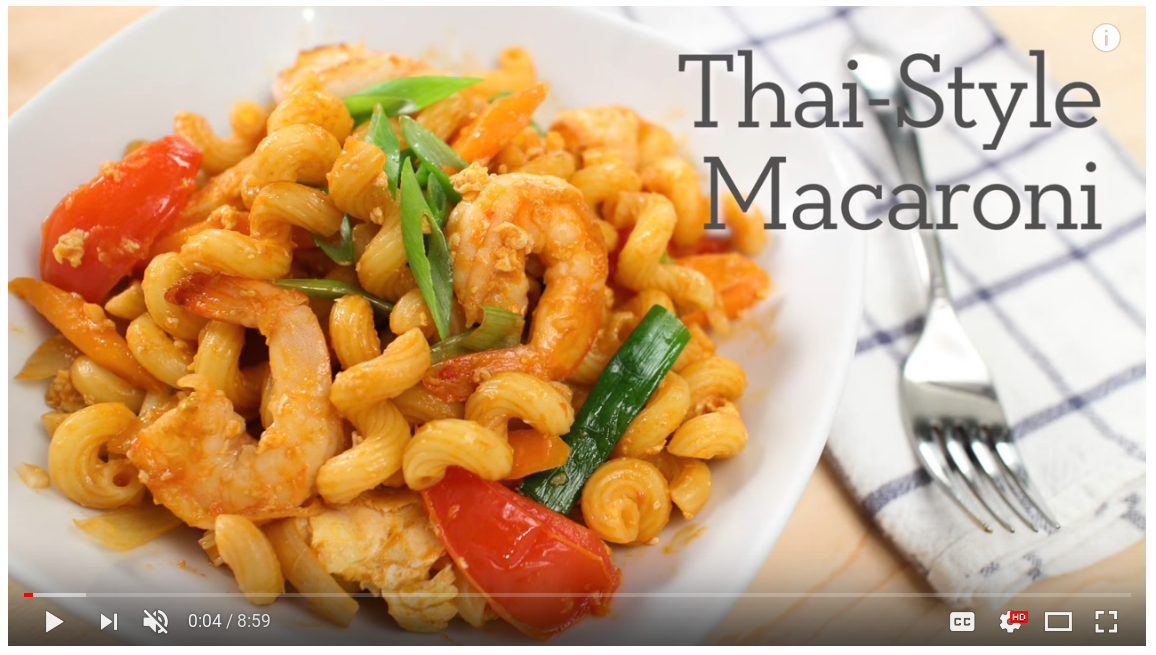 The decline of the Food Network into "reality" programming doesn't mean you have to stop watching good cooking video. It just means you need to go elsewhere to get it, particularly YouTube! There's a bunch of really good, regular cooking shows these days on YouTube covering all kinds of aspects of cooking. Here's our favorites:

Hot Thai Kitchen is the video series that got us started on watching YouTube cooking videos. It stars Pailin Chongchitnant, a super-charming Thai chef from Vancouver. She demystifies a lot of Thai recipes without dumbing them down, and a few of her recipes, such as Pad Macaroni, have become household favorites. She also has a cookbook.

Joshua John Russell of Man About Cake creates crazy, fanciful layer cakes on screen. While you're unlikely to ever make anything like them yourself (unless you're a professional baker), they're way fun to watch, especially the choctopus cake. The best part of his show is the banter between him and the camera crew, so turn the sound up.

If you fondly remember the Frugal Gourmet before the scandals, Food Wishes will appeal to you. Chef John has videos for almost every dish you can think of, with a strong emphasis on making recipes easier to follow and easier to make. We just used his super-simple recipe for Persian rice at Christmas.

Historical food buffs will enjoy Townsend's, a vendor of historical recreation equipment who have some five or six years of cooking videos. His focus is on the 18th and early 19th century, and he interprets recipes from multiple historical sources and then demonstrates making them in a historical open-hearth kitchen. Some of the recipes are actually useful, too; we made the 18th Century Milk Pancakes for one breakfast. Plus you can get into the debate about the portable soup!

For more historically accurate cooking, the English Heritage channel has quite a few cooking videos. The best are the ones staring a woman playing Mrs. Crocombe, the head cook on an English country estate, and making recipes from her diary. Maybe you could make a gin punch for your next party.

PBS's The Art Assignment is mostly about art, but they have five episodes about food. These cover some historically interesting recipes, combined with fascinating stories about the artists they came from (such as Georgia O'Keefe). Even if you don't watch any of the others, you need to see the Modernist Tower Of Meat.

Gavin Webber, Australian home cheesemaker, pretty much makes every kind of cheese there is. You need to be really into cheesemaking, though, because many of his videos are twenty minutes to an hour long. Try some of his shorter videos like Paneer or Mysost to see how much you like him.

"Cowboy" Kent Rollins, who's had a little Food Channel fame, has a YouTube channel and a cookbook. Aside from the highly amusing poor cowboy act (Kent is also an award-winning storyteller), this is a good channel for rustic American basics and learning how to take care of your cast iron.

America's Test Kitchen has put their cooking equipment reviews online, and they're quite watchable and interesting even if you've read the articles.

Sadly, Bon Appetit's YouTube videos aren't so good. They could stand to spend a bit more on production; what might otherwise be useful videos are obscured by poor lighting and camera angles, and weak sound.