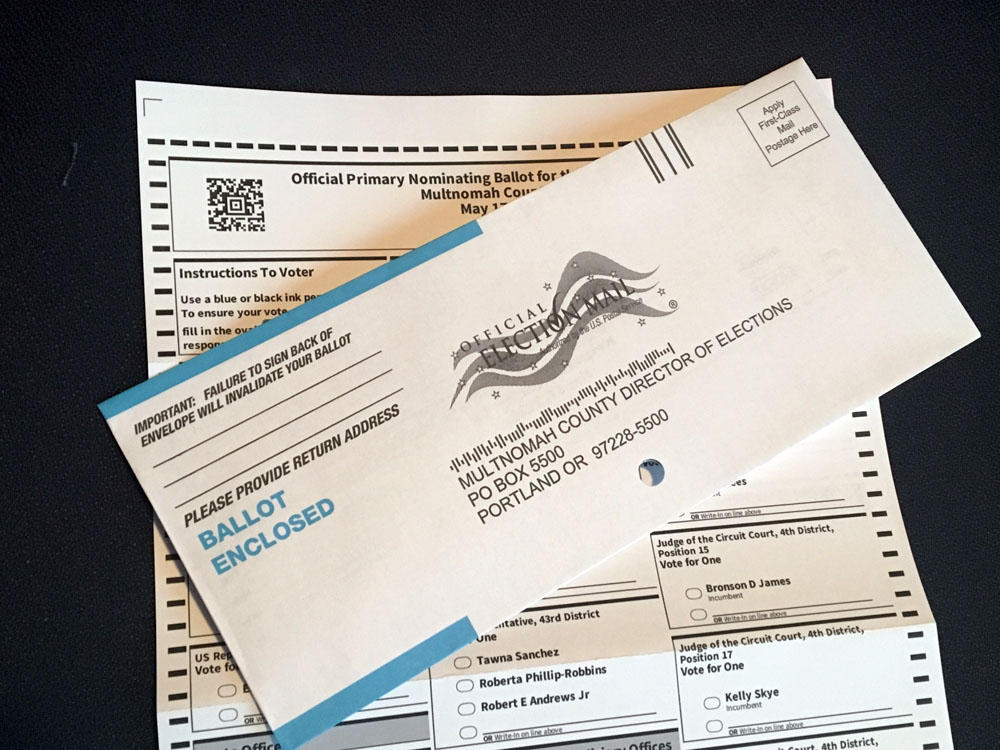 Unlike most other states, nobody in Oregon is waiting in hour-long lines for early voting. That's because we vote 100% by mail, a system that has worked so well that even the Oregon Republicans voted to improve it this year (with one glaring exception, below). So I had a leisurely Sunday morning to get my votes in order and decide who to endorse. Then off to the library to drop off my ballot.

Below are who and what I voted for, with some notes on why. Use it to inform your own voting. My information on issues and candidates comes from: the Voter Booklets, the Willie Week, the Portland Mercury, and the Portland Tribune.

Hope that helps you make up your mind, or at least remember what races you're voting in.