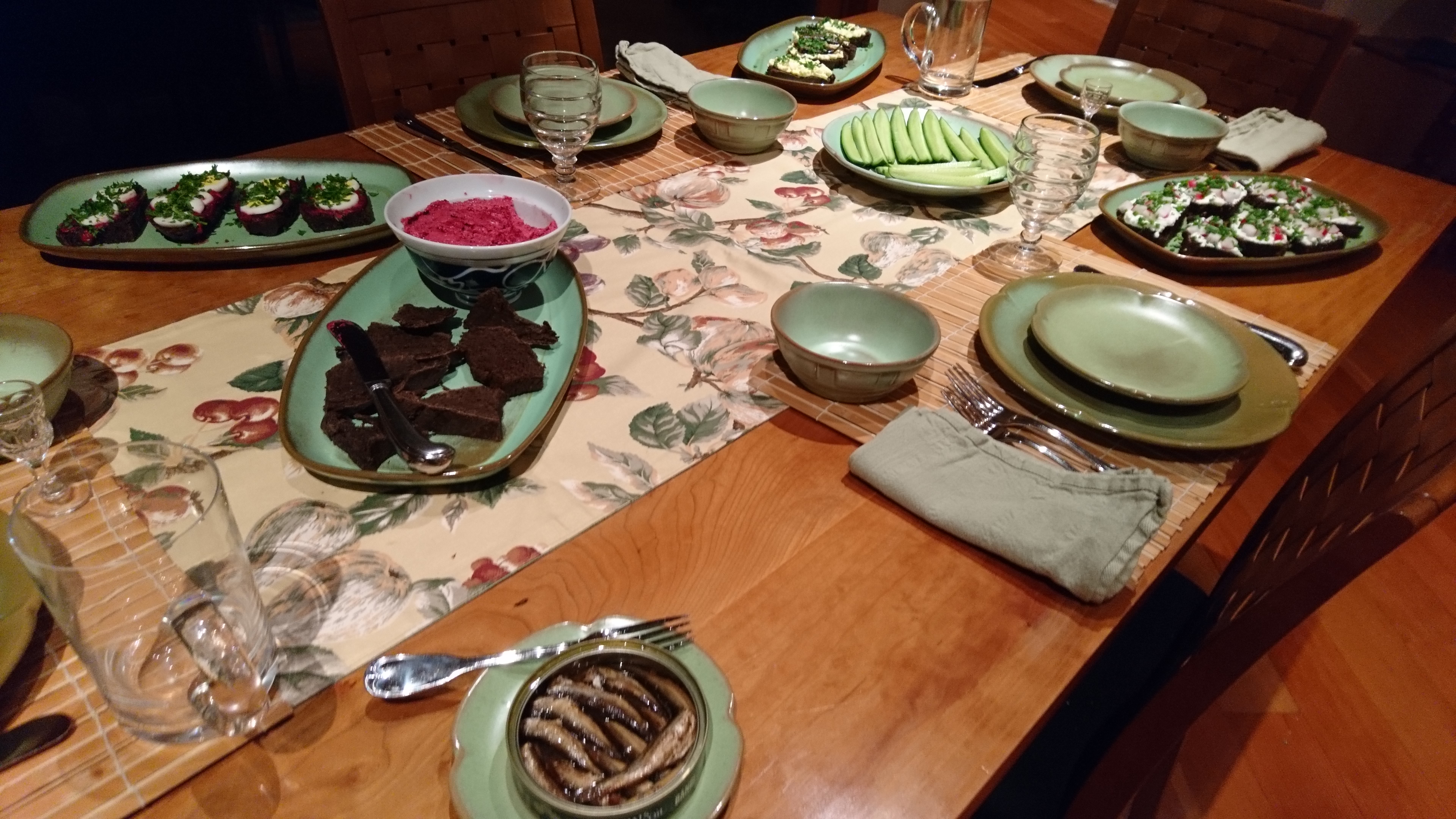 If you follow this blog, you know that we don't do "traditional" Thanksgiving food. It helps that everyone in my family has always hated turkey. Since it seems like America has become a vassal of Russia, this year we decided to do a Russian/Polish dinner. 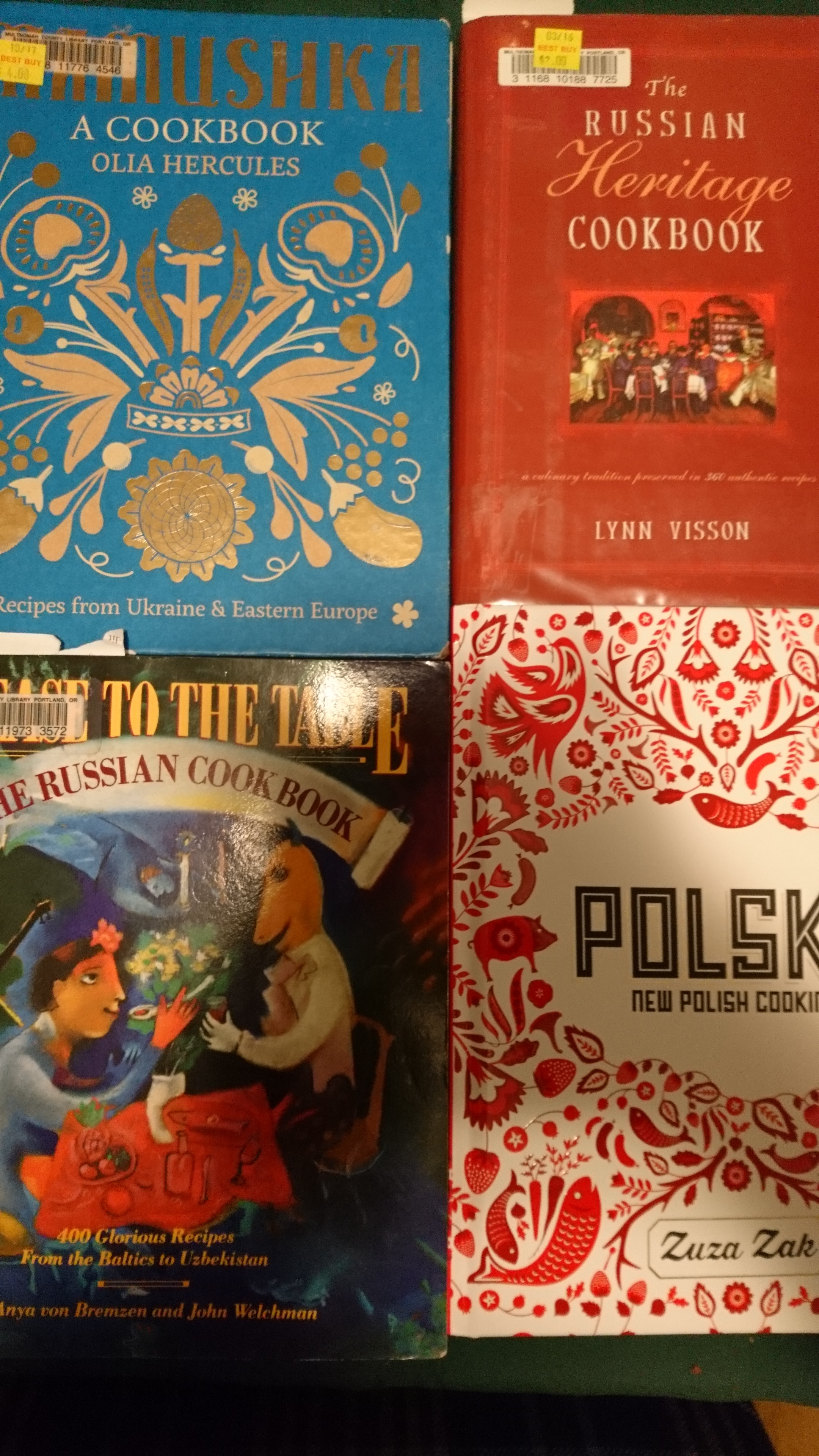 So, I bought some cookbooks and checked another out from the library. Mamushka covers Ukraine, Eastern Russia, and some of the former Soviet states. Please To The Table is pan-Russian, from East to West and including many of the "stans". The Russian Heritage Cookbook covers old-school Russian-American dishes. Finally, Polska is a Polish cookbook which will change your perspective on Polish cooking. Besides, how can you not love a Polish cookbook written by a woman named "Zuza Zak"? After a weekend of reading, I was ready to go.

Of course, any festive Russian or Polish meal needs to start with zakuski and vodka. We went out to Great Harvest to get a big loaf of pumpernickel rye, heated it up, and then cut it into little toasts. Then I served toasts with three different toppings: 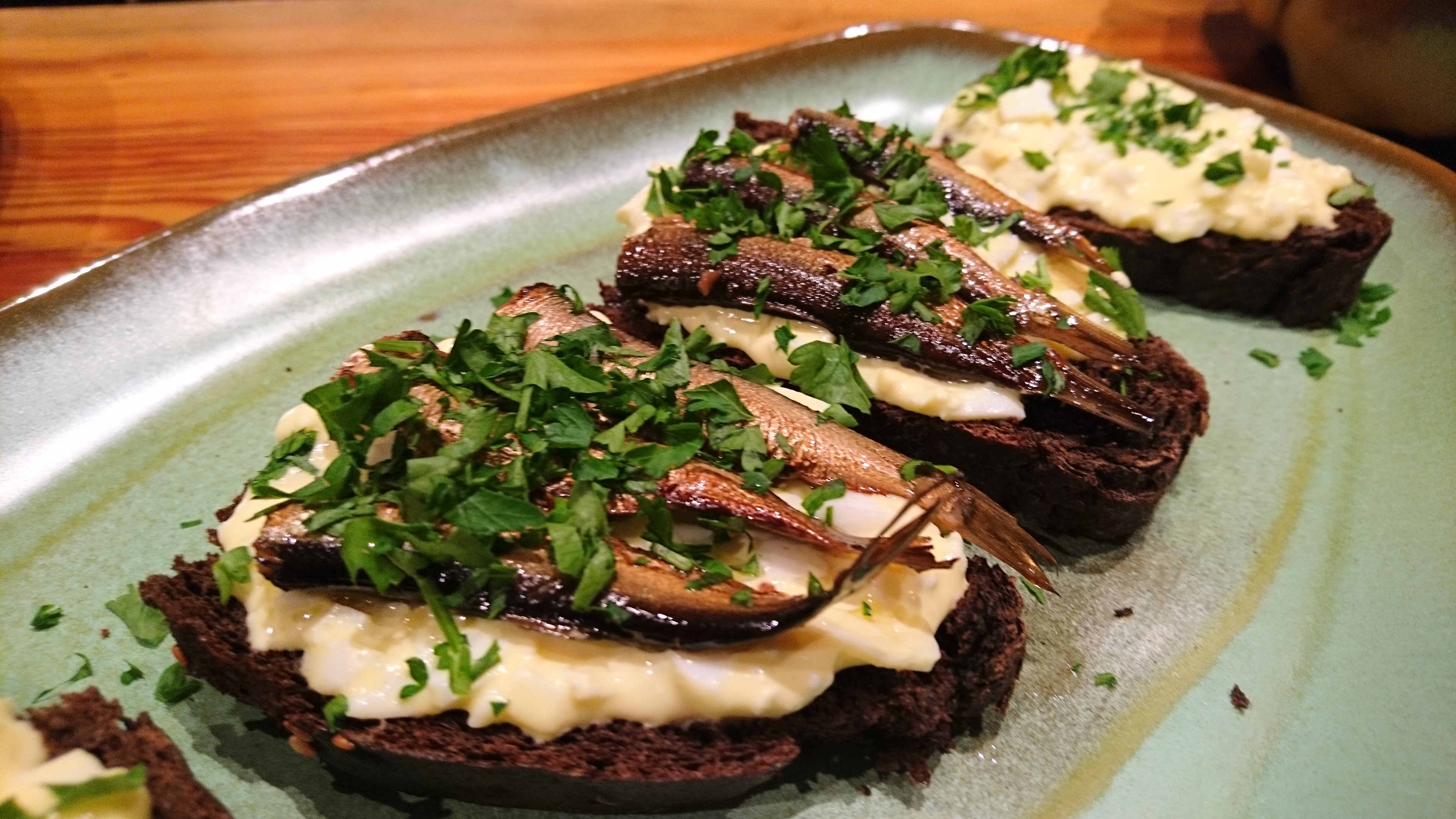 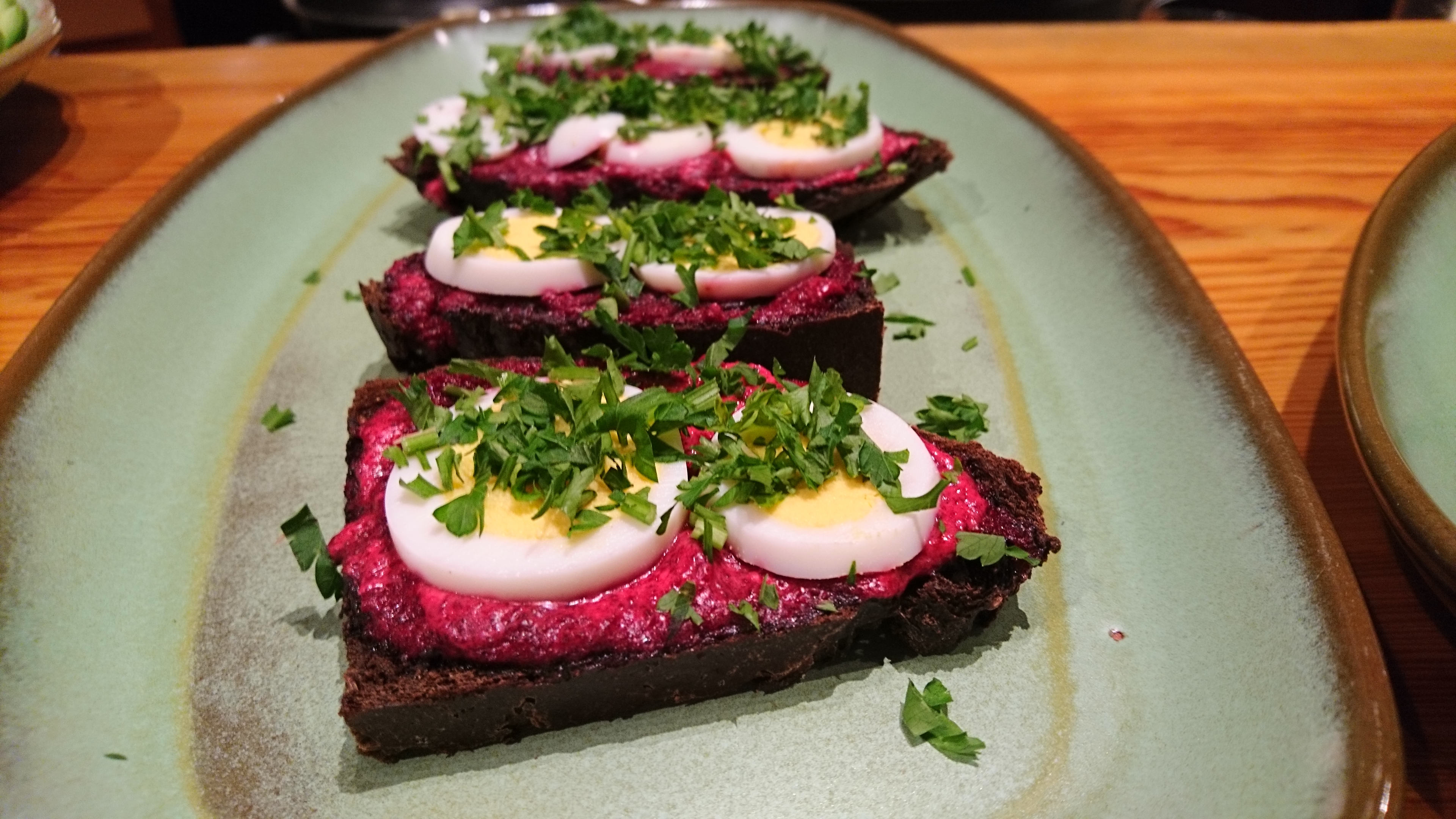 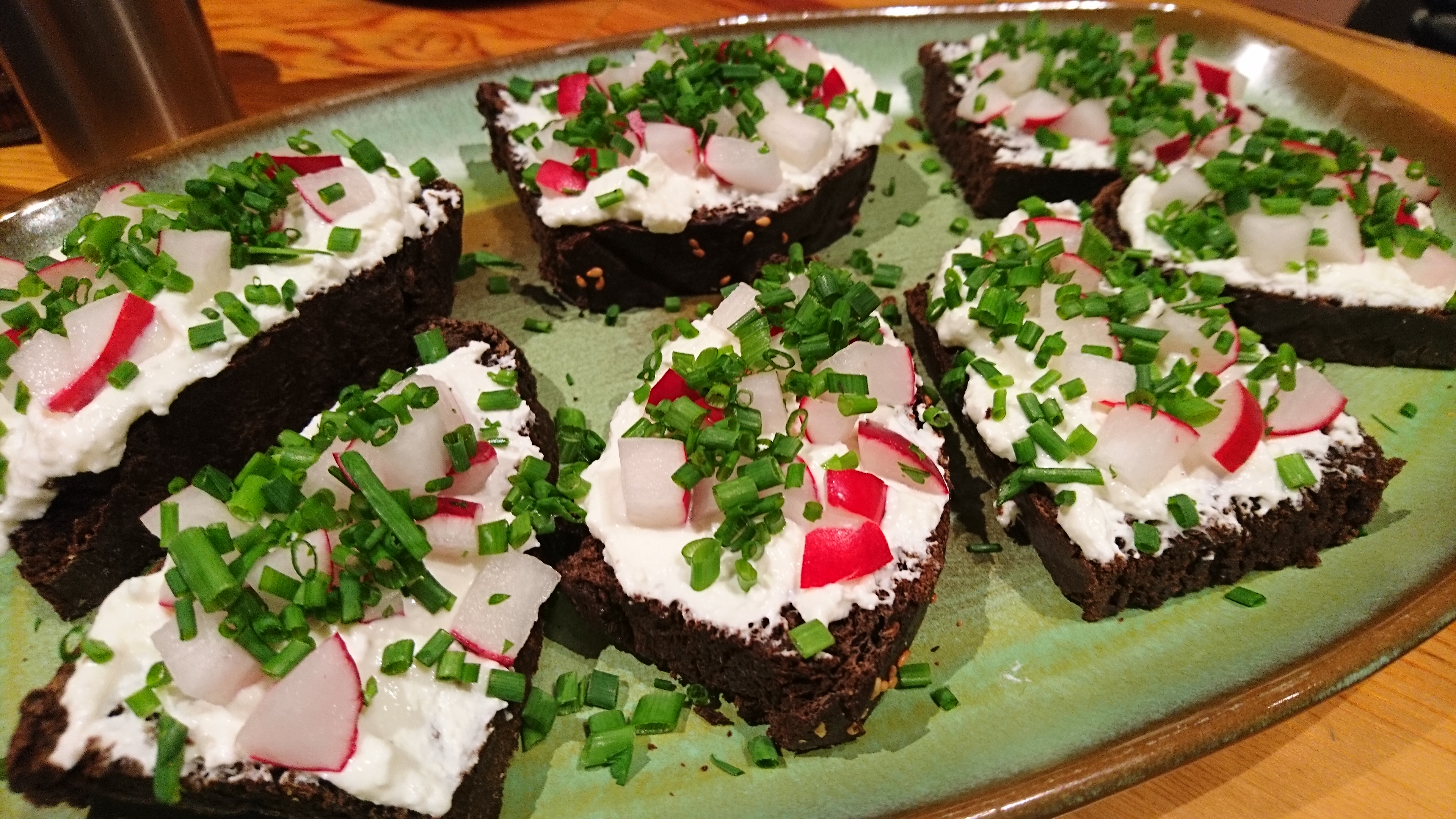 I had plans to also do caviar toasts, but couldn't pick up caviar in Portland in time. 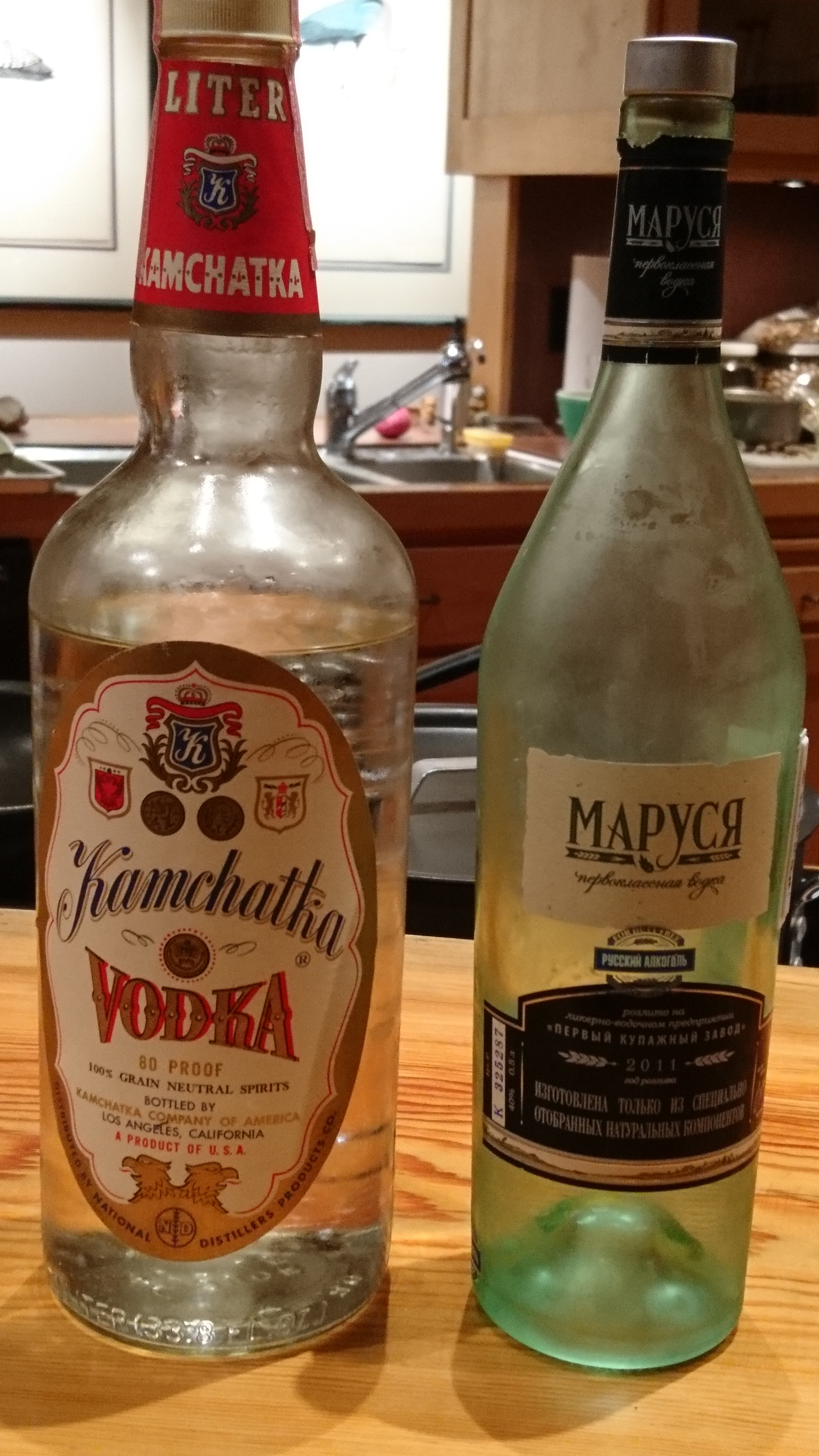 We ate our zakuski with two vodkas, one a bottle I picked up in Moscow, and another a bottle I found in my in-law's cabinet, which dates back to 1970's Los Angeles. The Moscow vodka is really good, the "Kamchakta" a lot less so. 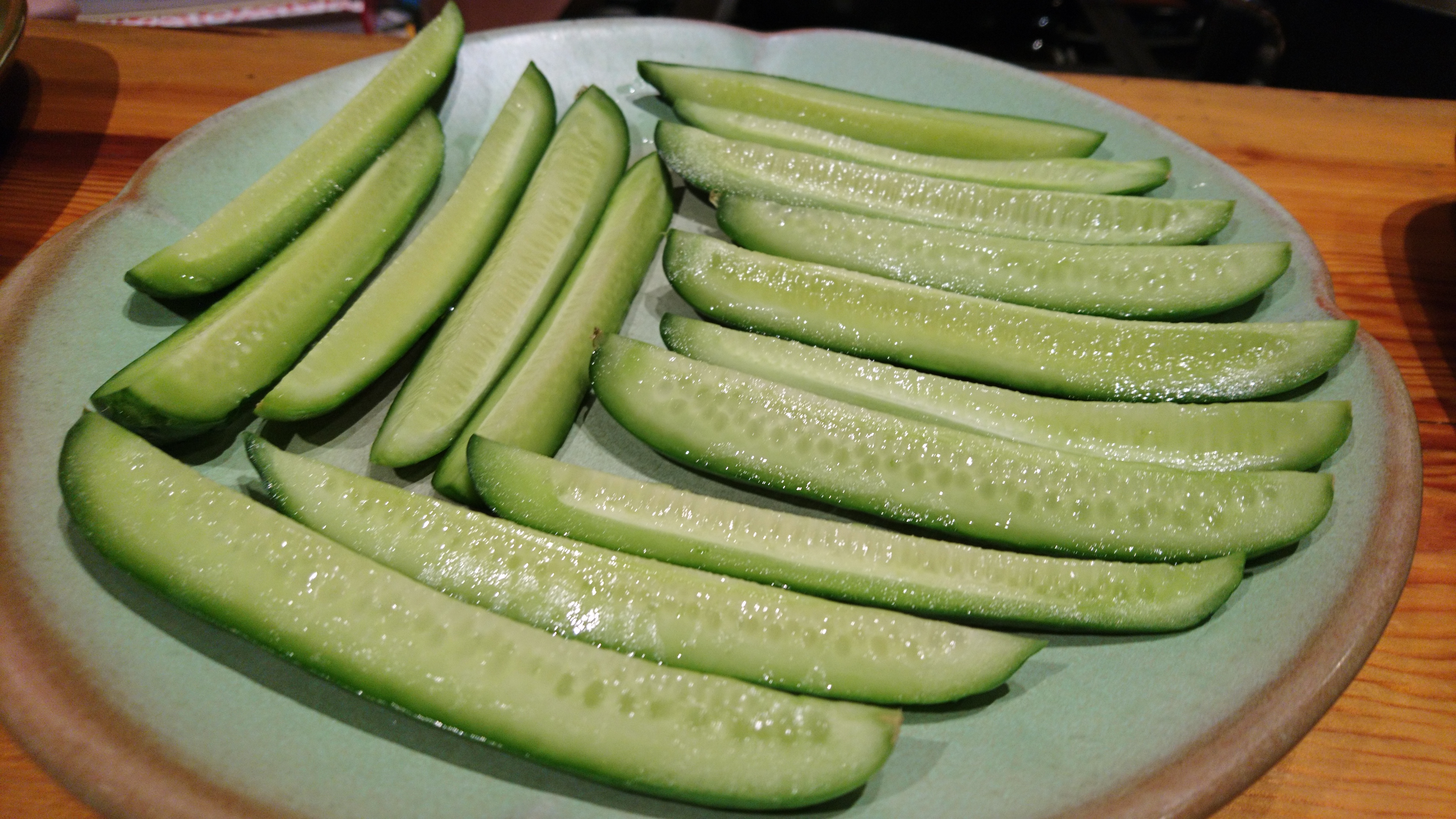 Since we were having vodka, we also had to have the easiest and most essential Moscow vodka bar snack: salt pickes. Here's a non-traditional, but quick and easy, recipe for those:

Quarter the cucumbers lenghtwise, and put them in a single layer on a tray, skin side down. Sprinkle wtih salt, making sure to dust each slice. Then leave to "pickle" for at least one hour and preferably 3-4 hours. Serve with vodka.

According to my Russian friend Ilya Kosmodemiansky, the real recipe for salt pickles is more complex and takes longer. See the bottom of the post for a complete recipe

I'll also share my adaptation of this zakuski from Polska:

Bread with Twaróg and Radishes

Mash together the cheese, sour cream, and yogurt. Spread this over the bread slices. Sprinkle with the diced radishes and the chives.

Twaróg is Polish or Russian farmer cheese, available at Eastern European groceries. It can range from dry to creamy; use additional sour cream if you have the dry kind. If you can't get it, then combine 1/2 cup ricotta with 1/2 cup small curd cottage cheese.

On to the main course next ...

This recipe courtesy of my Russian friend Ilya Kosmodemiansky 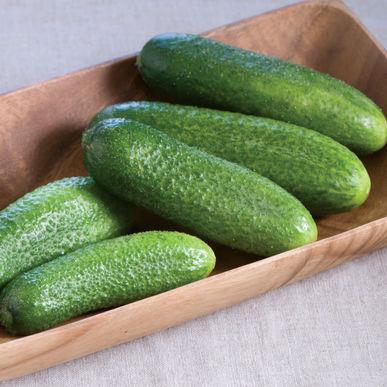 Take small to mid-size cucumbers, not soft, skin should look like the picture above ... it is better for ion penetration. Cut off the ends and put cucumbers into cold water for half an hour or so.

Brine up to my standards should be 7-10% NaCl solution (2-3tbs of salt per 1l of water, depends on salt). Russian way of pickling cucumbers is all about crunchiness, so avoid iodized purified salt (iodine and high concentration of Na+ destroys cell wall, no crunchiness), experiment with salt, which contains additions of Ca and Mg; both can stabilize cell walls. I even experimented with adding small amount of medicinal CaCl2 solution, works good. Heat your brine practically to boiling point, let it cool down to about 30-35C.

Meanwhile, put cucumbers into a pan or a pot - fit them standing, very tight (the idea is to not let them float when brine added). In between of cucumbers, put spices, pour the brine, put a lid on. In a day or two it would be so called "lightly salted" cucumbers: still bright green, but salty, after several days they turn to be "cask salted". I like both, some people prefer one or another kind.

As for spices, defaults are: dill (with flowers and seeds), black or white pepper (whole), and garlic (whole, not crushed), a bit of mustard grains. Good additions are cloves and fresh blackcurrant leaves. There are no single opinion, to add red hot pepper (fresh, whole one) or not. It is good for taste of cucumbers to add one, but not so good for one another important role of this brine in Russian culture: it is an ideal hangover isotonic.