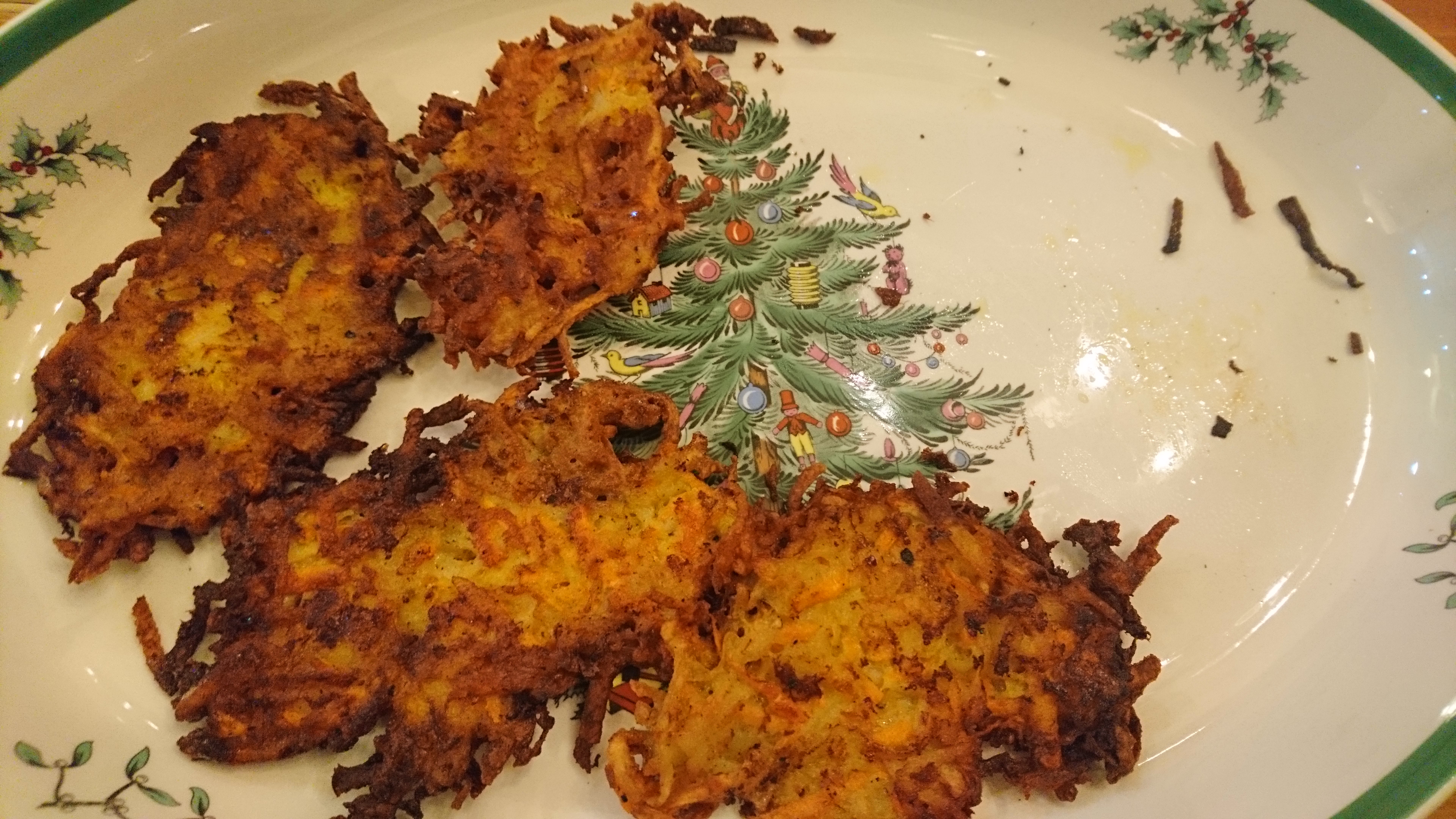 After I made latkes for Christmas, some of my non-Jewish relatives wanted this recipe, so here it is.

Latkes are potato pancakes, or fritters, not much different from kartofelpuffer or rosti. Since the story of Hanukkah features olive oil, though, we shallow-fry ours in plenty of oily goodness. Plus that means maximizing the crispy bits.

This recipe is based on one from the Bette's Diner Pancake Handbook, which I recommend you acquire.

Peel the potatoes, sweet potato, and onion. Grate them on a box grater or in a food processor into a large bowl. Grate in the cheese. Add the salt and pepper and mix.

Mix in the eggs, then the flour, and then the baking powder. See if you need to add more flour; this is gonna depend on how "wet" your potatoes are. If they're especially dry, you might even need to add a couple of tablespoons of water. If there's a big pool of starchy water in the bottom of the bowl, add more flour until the liquid reaches a batter-like consistency and coats the potato shreds.

Fill a large, steep-sided pan about 1/4" deep in olive oil. Heat it until a shred of potato dropped in sizzles right away, around 350F. Drop in spoonfulls of potato batter, around 3 Tbs at a time; you're looking for little round latkes here, not big flat ones, because smaller latkes means more crispy bits. Depending on the size of your pan, you can fit 3 to 6 in one pan. Fry them until the edge potato shreds turn brown, 3-4 minutes, and then flip each one. Brown the on the other side, around 3 more minutes.

As the latkes come out of the pan, drain them of oil and put them on a rack or heavy paper towels to cool and crisp up; they're actually a little better if you hold them in a 200F oven for around 20 minutes, enough time to make the whole bowl.