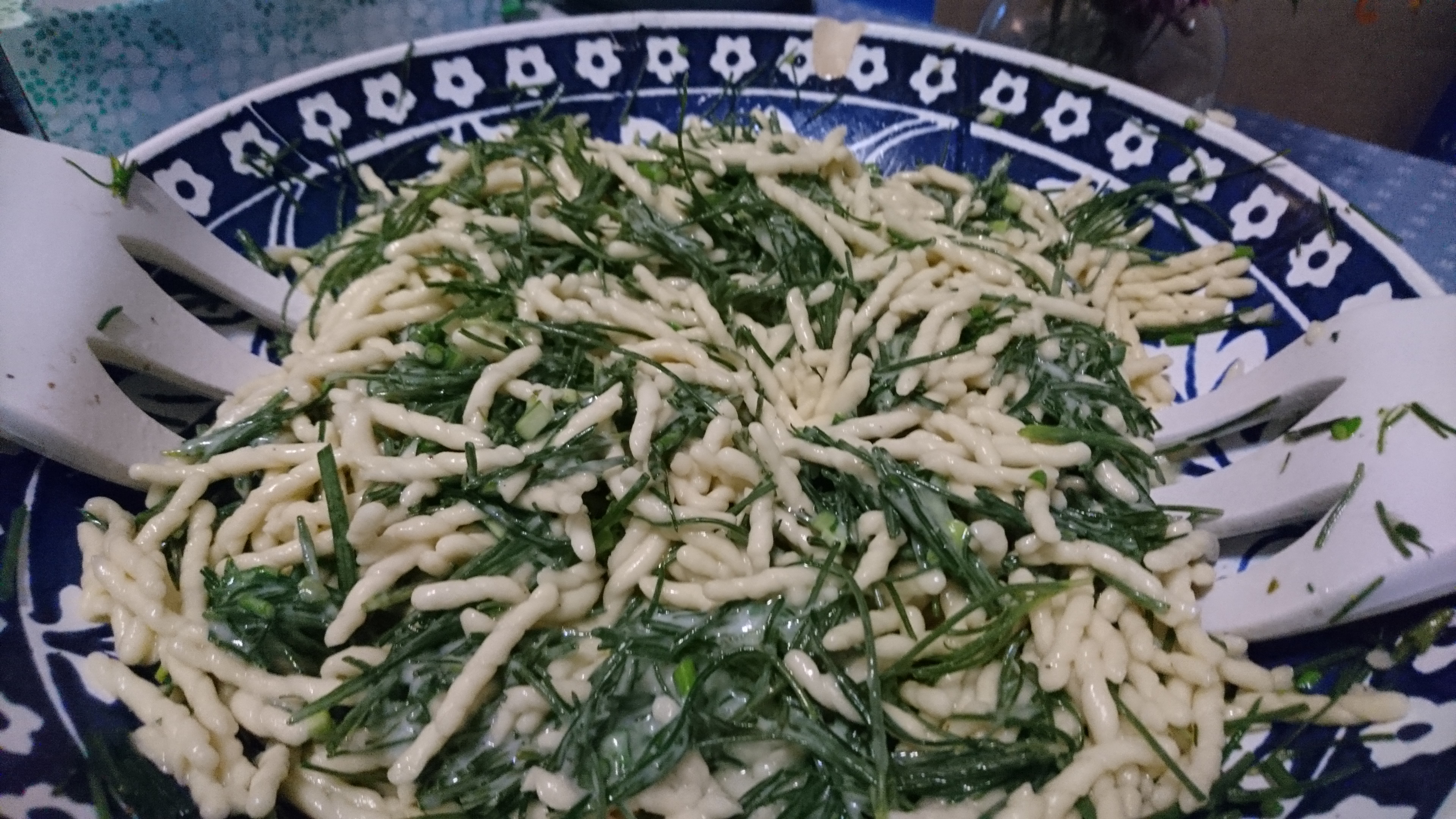 Unless you're Italian, you've probably never heard of agretti. This saltwort plant, also colorfully known as "friar's beard", is yet another one of those greens that you rarely see until you run into it at a farmer's market, then snap it up hoping you can find a recipe for it. It's a green, grassy herb, that tastes a little like seaweed and a little like celery and is quite delightful.

It's also harvested only in the spring, so hopefully you're reading this article after an internet search, because right now you can't get any more for the year. Sorry. 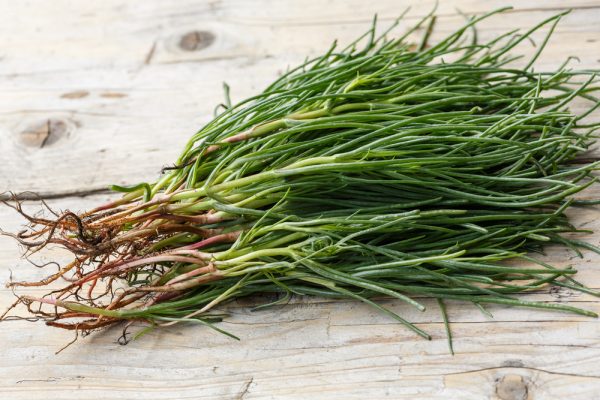 We discovered agretti when we were staying near the Campo di Fiori market in Rome; they had it there with a lot of vegetables we didn't recognize (including puntarelle, which maybe I'll write about later). We bought a large bunch and took it home to make an ad-hoc pasta dish using other ingredients we picked up. We've liked the result so much that every spring we buy some agretti and re-create it. 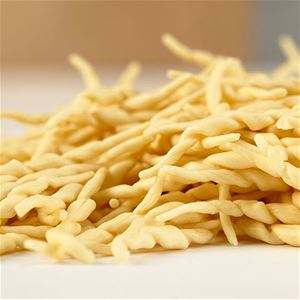 This is definitely a dish of few but exotic ingredients that you're only gonna find in a good gourmet market. In addition to the agretti, it requires trofie, a pasta made of little hand-rolled spindles of dough. While you could make it with some other pasta shape, the small size and chewy texture of the trofie really work with the crunchy brightness of the agretti. If you're really getting carried away, you can make your own.

Finally, there's the cheese, which needs to me some kind of soft but slightly funky cheese, such as taleggio, young pecorino or asiago, quadrello di bufala, or similar. The cheese definitely needs to be on the gooey/sticky side so that it melts into the pasta immediately, and you need some tang from it.

Fill a large pot with salted water and set it to boil for the pasta.

Strip the leaves from the agretti. We're not really cooking it, so you need to remove the little tubular leaves from any tough stems or roots. If the leaves and tender stems are long, cut them into 1-2" pieces. Put the pile of agretti leaves in the bottom of a large bowl, sufficiently large for vigorously tossing a pound of pasta in. Also get something for tossing it; I suggest salad tongs.

Remove any rind from the cheese and then divide it up into small pieces, like 1/2" cubes or blobs. Depending on the cheese, you may be able to do this with a wire or sharp knife, or you may need to pinch off blobs with your fingers.

When the water is boiling, put in the trofie. Don't do this too early; you want to have both the agretti and cheese prepped before the pasta comes out of the water. I have found that trofie actually needs to cook for a couple minutes longer than the time listed on the package. It never loses its chewiness, but it should taste fully cooked around 11-13 minutes.

When the pasta is done, dip out one cup of the pasta water (or capture it while draining), and drain the pasta. Immediately, before it can cool off at all, dump it on top of the agretti and add 1/4 cup of pasta water, Toss vigorously for around a minute, which should distribute the agretti and wilt it.

Season with a little salt and pepper. Serves four as a main dish, 6-8 as a first course.