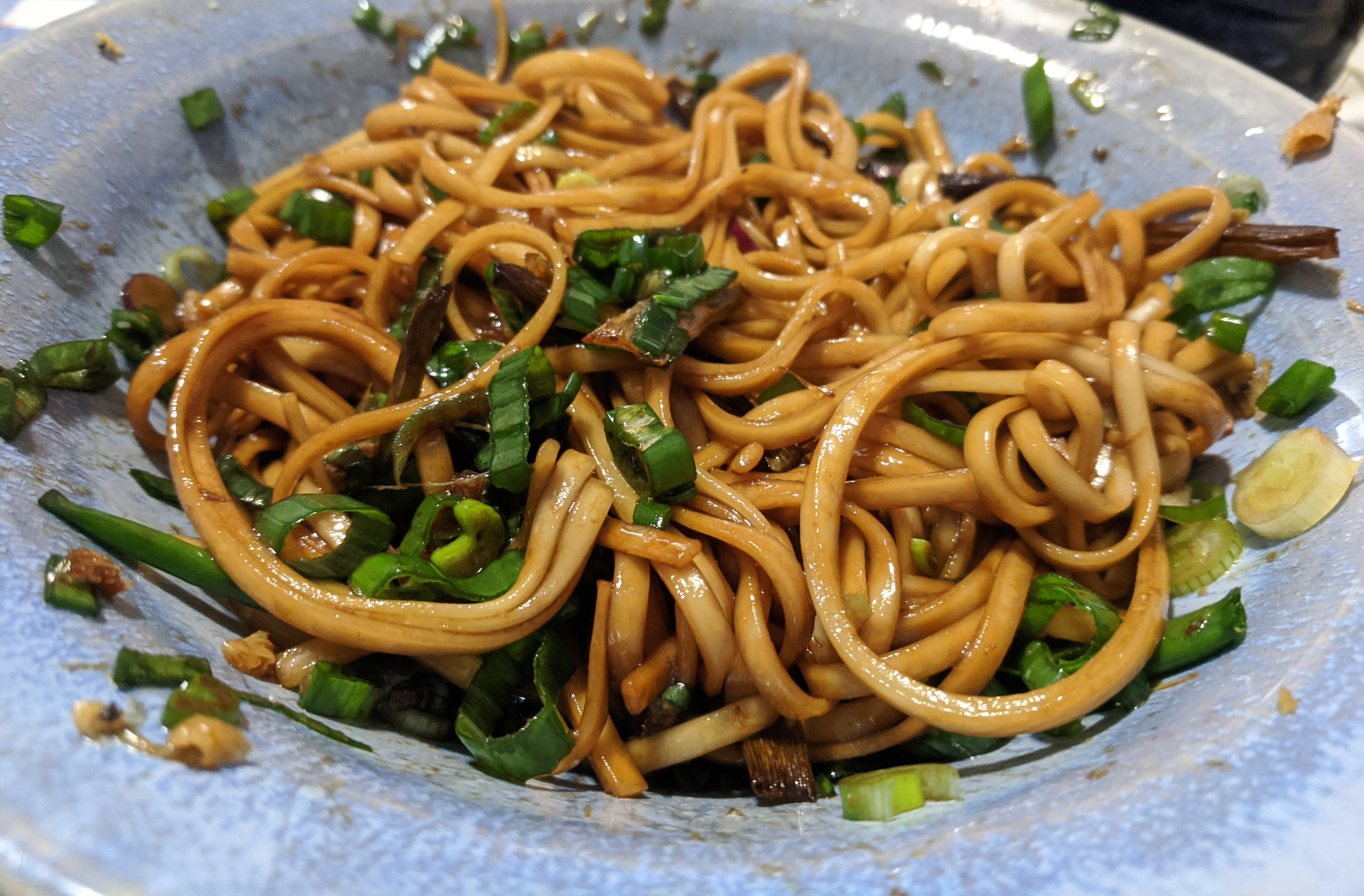 The city of Shanghai as a lot of distinctive dishes (perhaps most notably soup dumplings) but there are none which are so friendly to social isolation time -- or really any time you want to throw something together in 20 minutes and one pot for a meal -- as spring onion noodles. A quick throw-together of Asian sauces, flavored oil and noodles, they can be made entirely from pantry ingredients, modified based on what's on hand, or even easily made vegan or gluten-free. 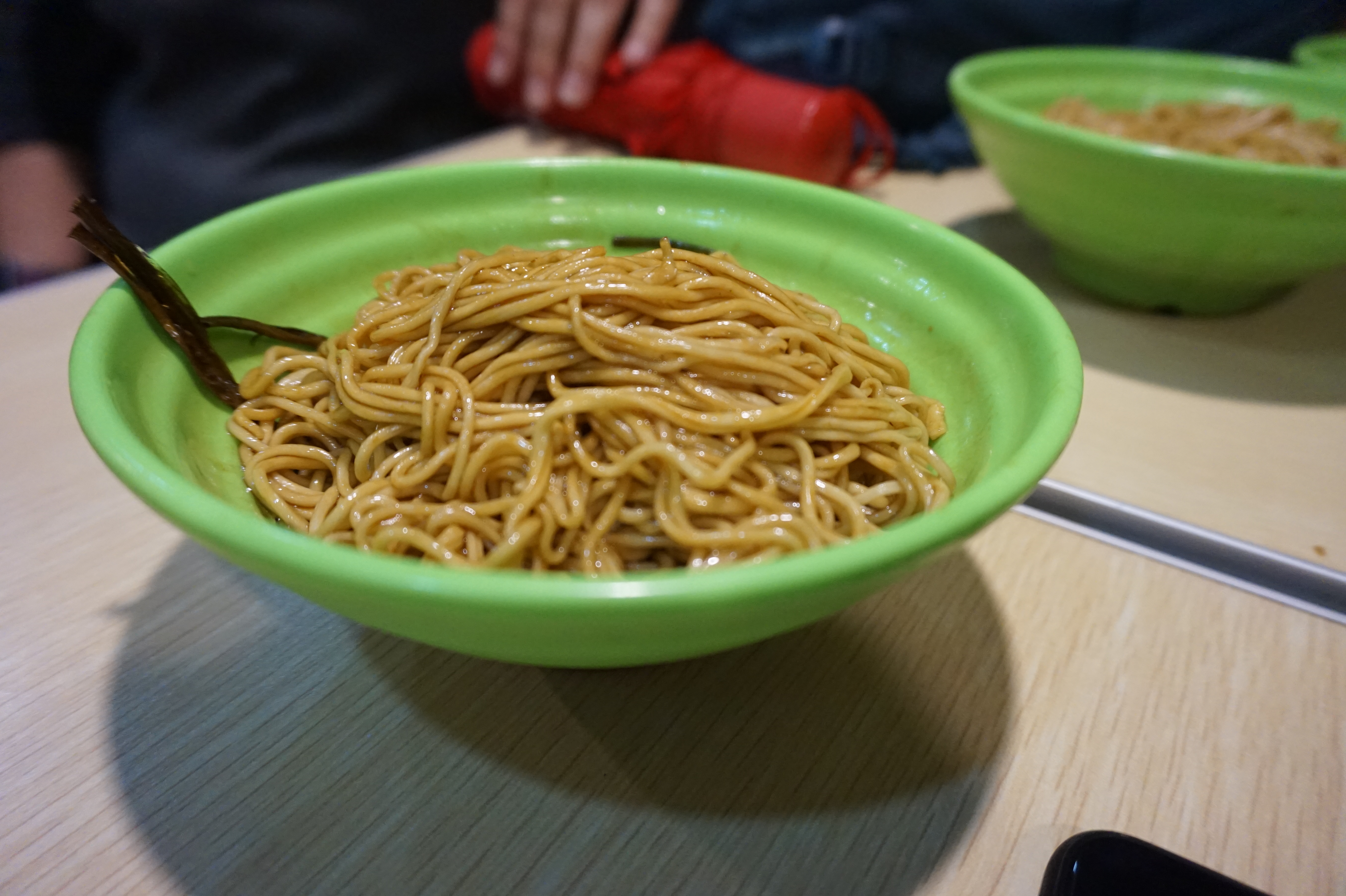 I first had these while on a food tour of Shanghai with Lost Plate Tours, and decided I had to find out how to recreate them. I started with a recipe by Chinese Cooking Demystified and added some tweaks to make it simpler and faster.

Now, I'm going to give you the whole schmear of a recipe for how I make it at home using all the proper Chinese ingredients. However, almost every ingredient in the recipe can be substituted or omitted, so don't skip this because you don't think you can get something. Read the notes at the end on substitutions. And, because it's actually a very quick recipe, requires few measurements, and is honestly very hard to mess up in a way that's not still edible, I'm calling it a Good First Recipe and giving you very explicit instructions.

The first part of this is making the green onion oil. My recipe below makes a quart, because the oil actually keeps quite well for up to 5 months in a cool pantry, or probably longer in the fridge, and it's actually easier to make a large batch than a small one. Plus, once you taste the oil, you'll want to use it on other dishes like steamed fish. 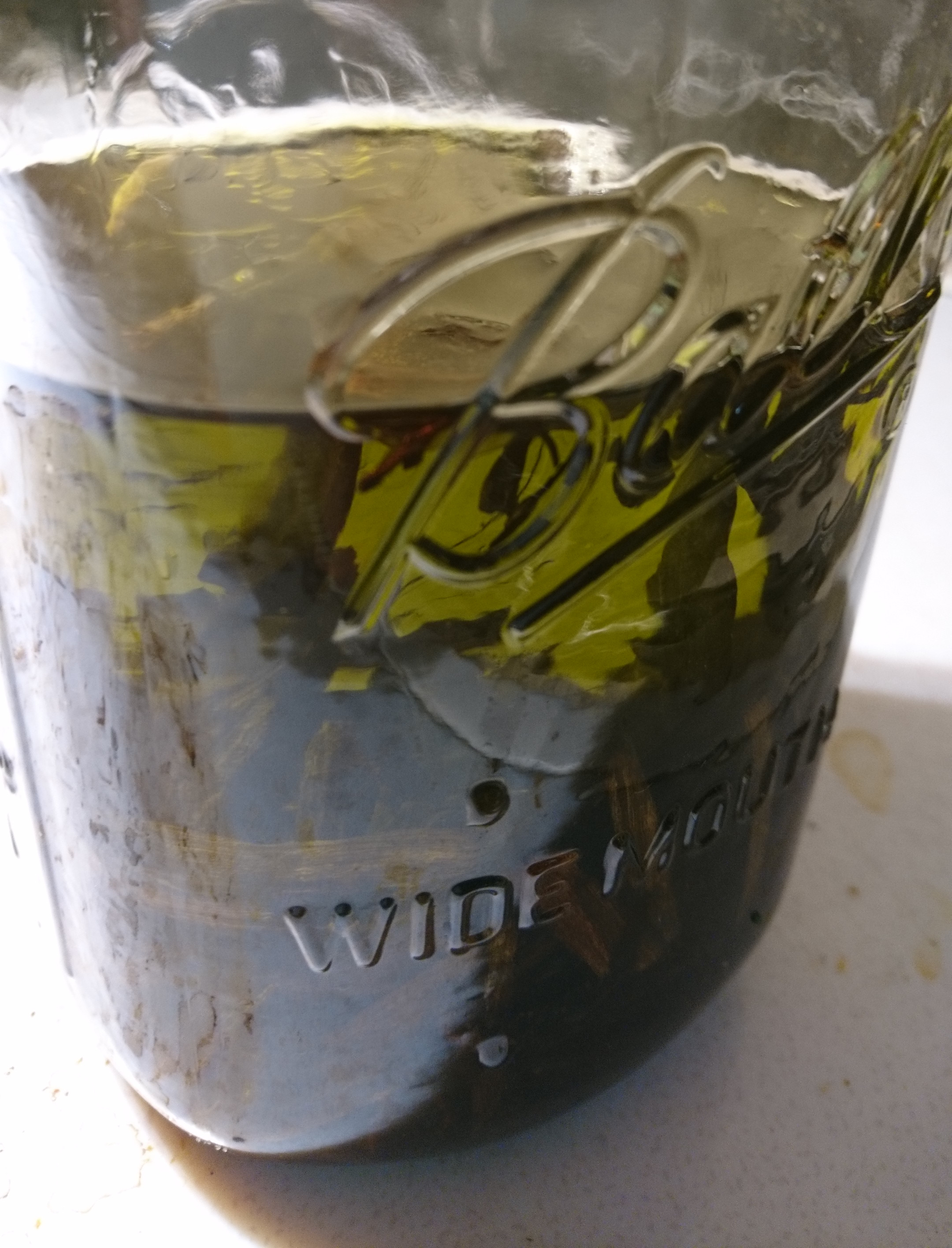 Wash the scallions and dry them very well. Cut off the roots and any ragged ends, and then cut apart the green and white parts. Cut the green parts into 2" pieces. Split the white parts in half lengthwise, or in quarters if they're thick. Then cut those into 2" pieces.

Pour oil and burnt onion pieces into a glass jar and store in a cool cupboard or the fridge for up to 5 months. If you are concerned about food safety, use the fridge.

Once you have your oil, you can make the noodles any time you like.

For two diners, scale up as needed. Note that almost every ingredient below can be substituted.

Fill the pot with water, salt it, and set it to boil. Prepare two small cups or bowls that will fit together in the steamer. In one, put the dried shrimp, Shaoxing wine, and 2 Tbs water. In the other put the light and dark soy sauce and sugar. Put the steamer over the pot, and steam for 10 minutes.

Remove the steamer from the pot (but keep it on heat). Strain the dried shrimp, letting the shrimpy wine liquid drain into the soy sauce mixture. Mix that, making sure no sugar granules remain. Mince up the dried shrimp and set them aside.

Boil the noodles until cooked, 2-4 minutes depending on variety. Quickly, drain the noodles, and then divide them between two large bowls. Drizzle 2 Tbs scallion oil on each. On top of the noodles, put half the fresh green onions, half the minced shrimp, and a small pile of fried green onions. Drizzle half the sauce (2-3 Tbs) on each bowl.

Hand each bowl to your two diners, allowing them to mix the noodles themselves.

Noodles: Shanghai noodles are a white, round, wheat noodle slightly narrower than spaghetti. You can replace them in this recipe with almost any relatively thin, eggless Asian wheat noodle, such as the "dried udon" available at many markets (what I used in the photo at the top), or even Korean knife-cut noodles. You can even use angel hair pasta, although it won't absorb the sauce as well. For a gluten-free option, use glass (mung bean) noodles.

Dried Shrimp: if you can't get these from an Asian or Mexican market, or if you want to make this recipe vegan, just omit them. If not using them, then omit the 2 Tbs water from the sauce, and mix all sauce ingredients together in one bowl before steaming. In this version, you could also boil the sauce ingredients in a small saucepan instead of steaming.

Shaoxing Wine: in many/most places in the US, you either can't find this or can only find the salted "cooking" version (check the label for salt), which would make this recipe too salty. If you can't get the good stuff, use a medium or dry sherry instead.

If you want to make this entirely from pantry ingredients, the fresh green onions are optional.