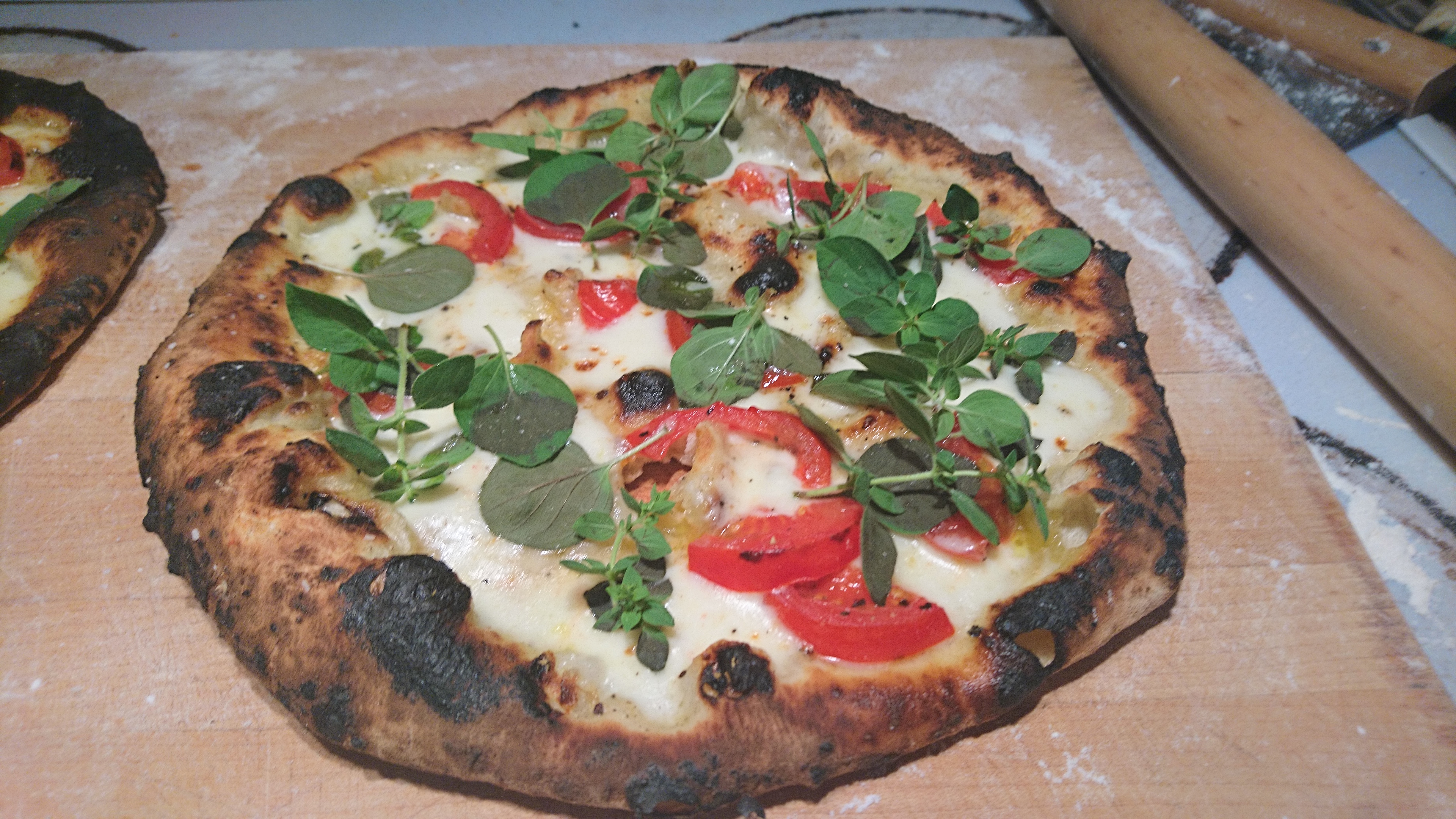 I really like my Ooni Koda pizza oven, but as I said in the last post I wasn't quite getting the perfect pizza I wanted. Particularly:

So, time for some pizza oven hacking. I was going to try a few things. But first, I had to replace the faulty gas regulator that came with the Koda, which required an Amazon order because, for some bizarre reason, no hardware store in Portland carries a gas regulator with more than 14" of hose (Ooni paid me back for the purchase).

My first thought was about the pizza stone. The corderite stone the Koda comes with is only 3/8" thick, and I was wondering if a thicker stone might both retain heat better, as well as conduct heat to the front of the oven. So I headed down to my local pottery store (Georgie's) and had them cut me a 12" x 12" x 3/4" kiln shelf. 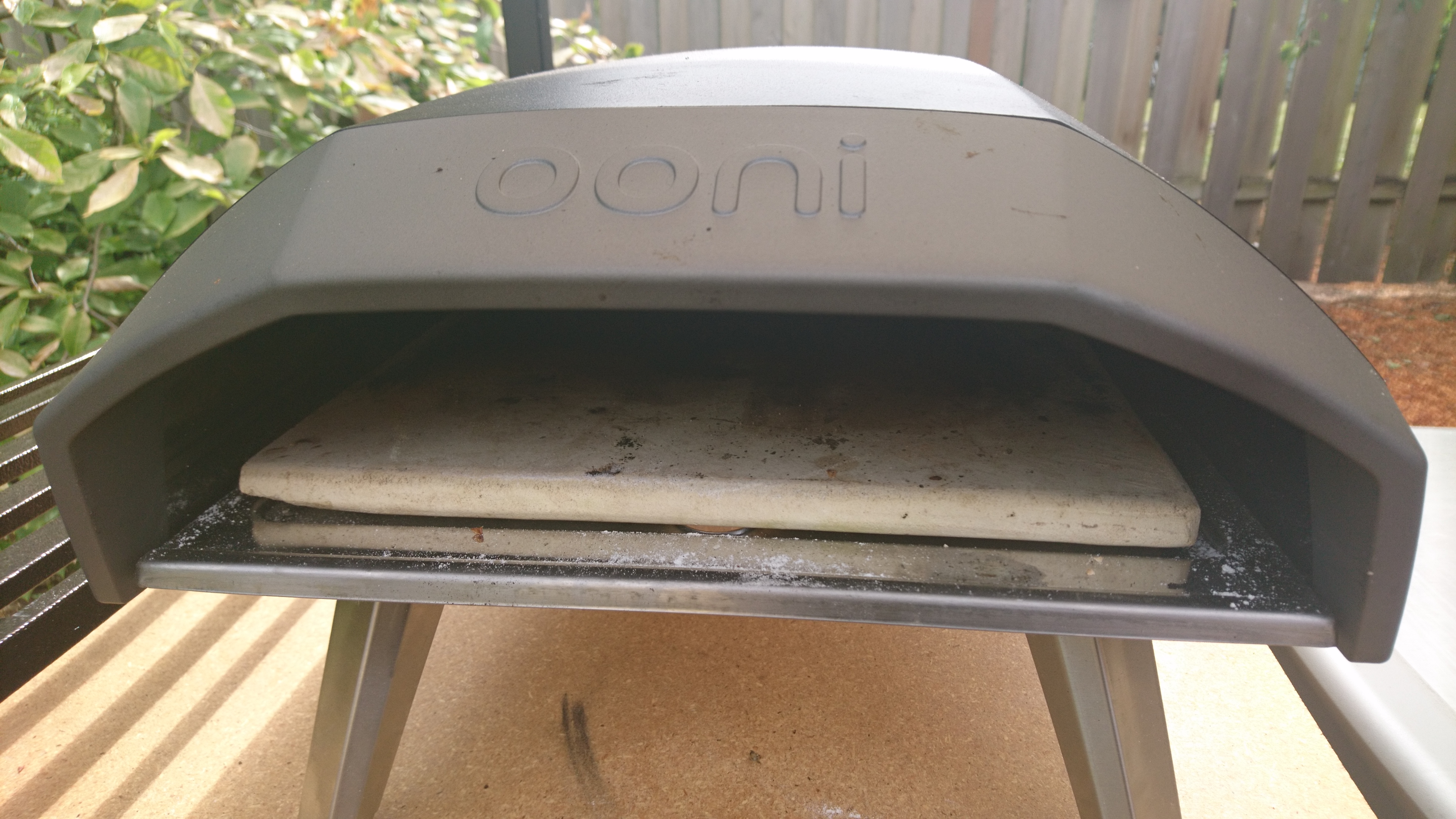 Here it is in the oven. I realized after I inserted it that I should have gotten 13" x 13", but tried it anyway. You can see that doubling the stone thickness makes a big difference in how it looks in the oven.

My second hack had to do with spinning the pizza. I bought some of these: 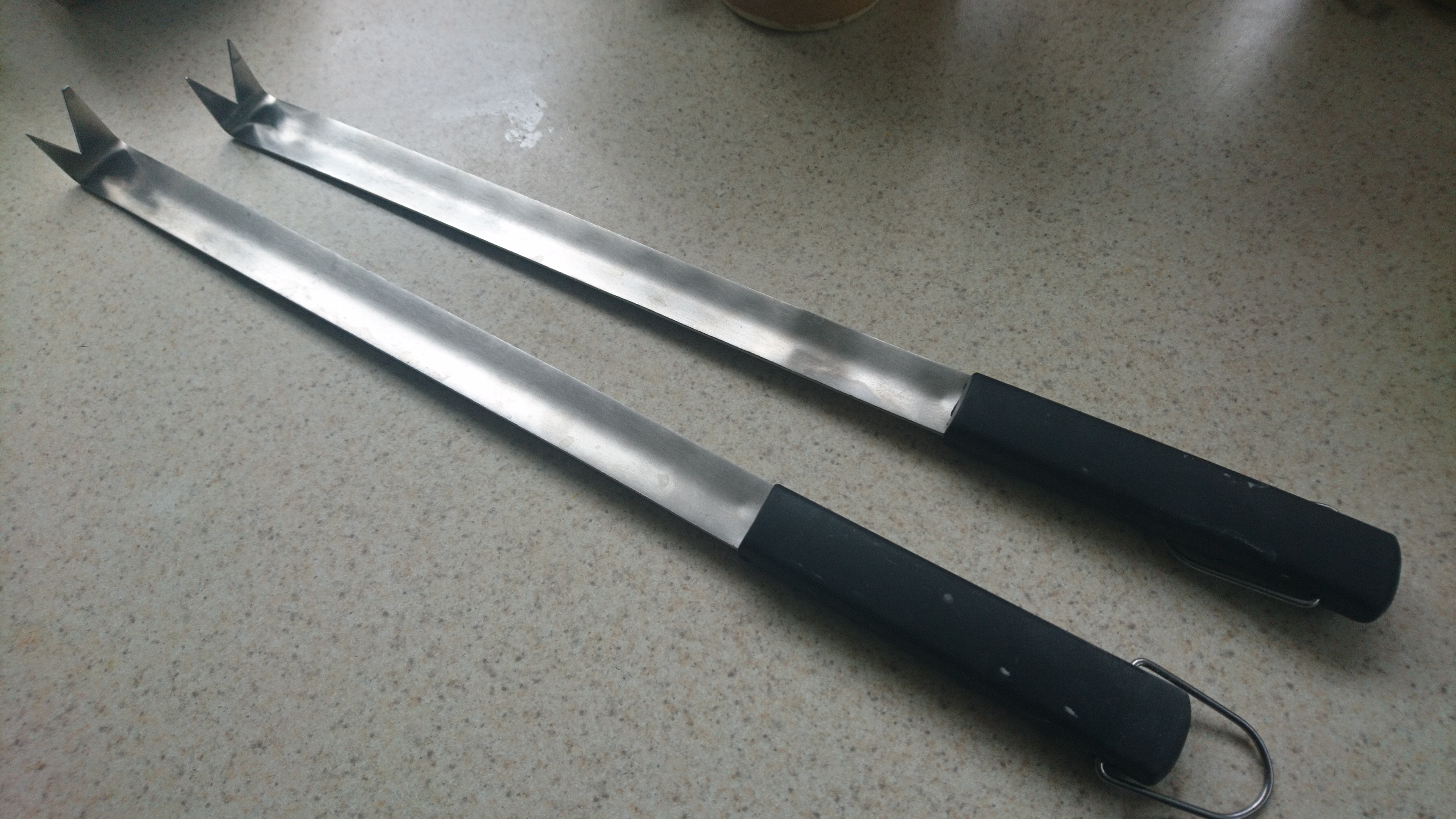 These are "pizza spinners", which sounded like exactly what I needed to keep that pizza spinning if I can't even out the temperature. The idea was that you can grab the pizza with the two little claws, and spin it without taking it partway out of the oven, as you need to do with a spinning paddle.

So, how did it work? Pretty well.

The thicker stone did make a big difference in temperature retention. I didn't need to crank the heat up and down; I could leave it on a medium heat, get the stone nice and hot, and pop one pizza in after another.

Even better, raising the pizza 3/8" resulted in even top-and-bottom cooking. The position of the pizza on the thinner stone is just a little too low, and raising it one pizza thickness made all the difference.

You can see here that I got excellent blistering on the bottom of the pizza: 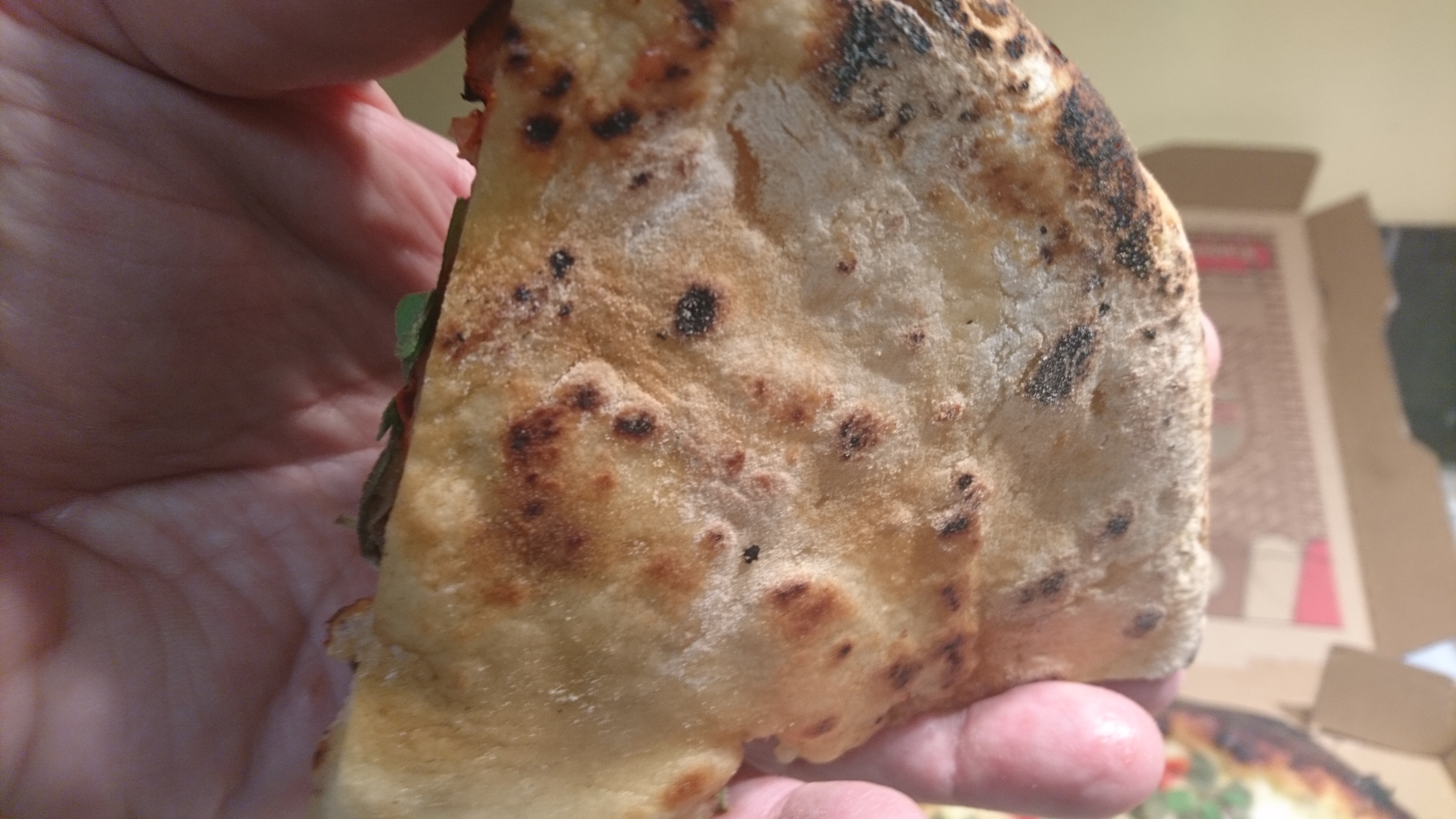 And pretty good loft in the crust, especially for a store-bought dough (from Zupan's): 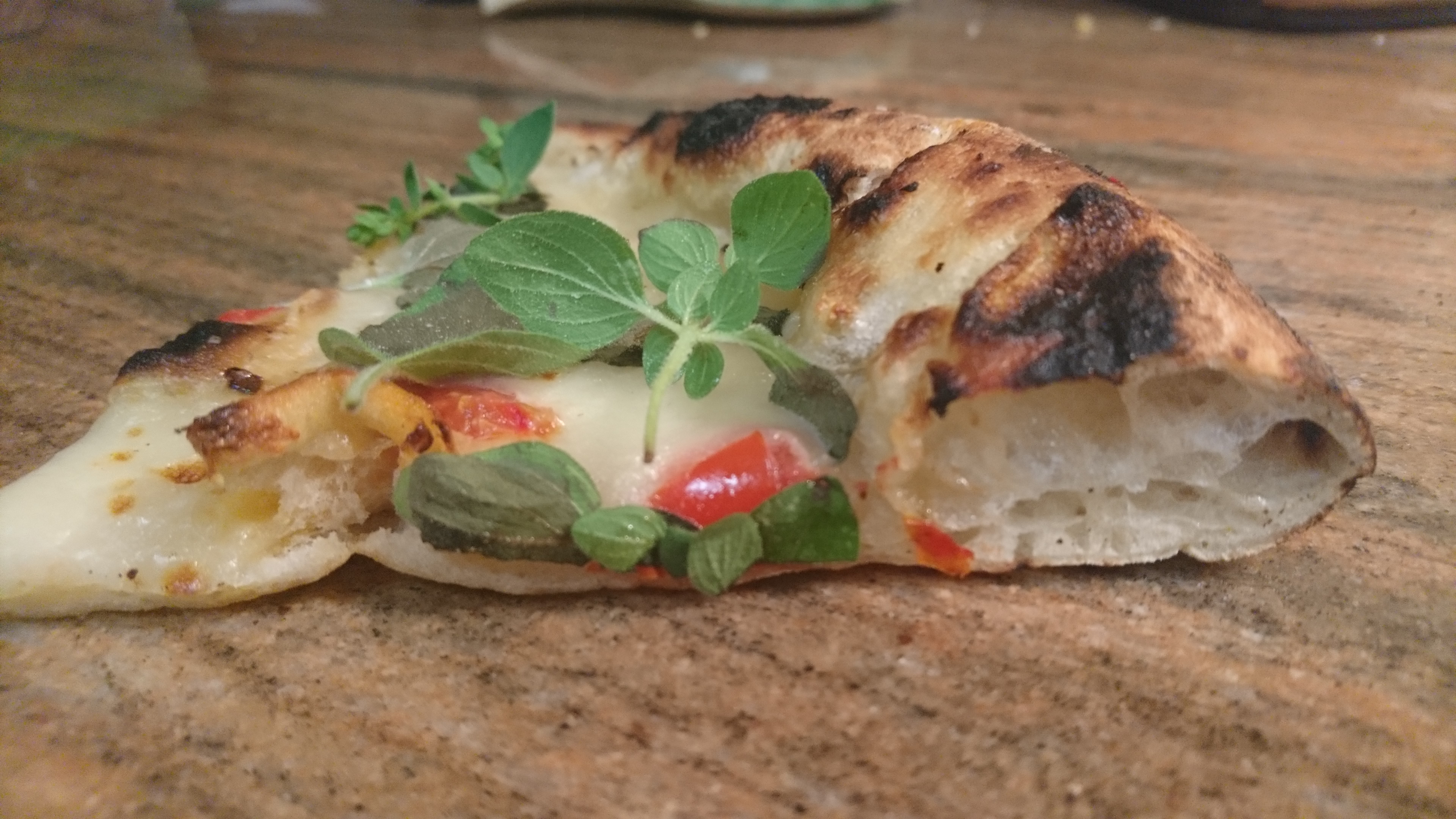 Unfortunately, the thicker stone did nothing to even out the back-to-front temperature difference; corderite just isn't a good conductor. You can see that I still had crust burning issues whenever I didn't spin the pizza fast enough: 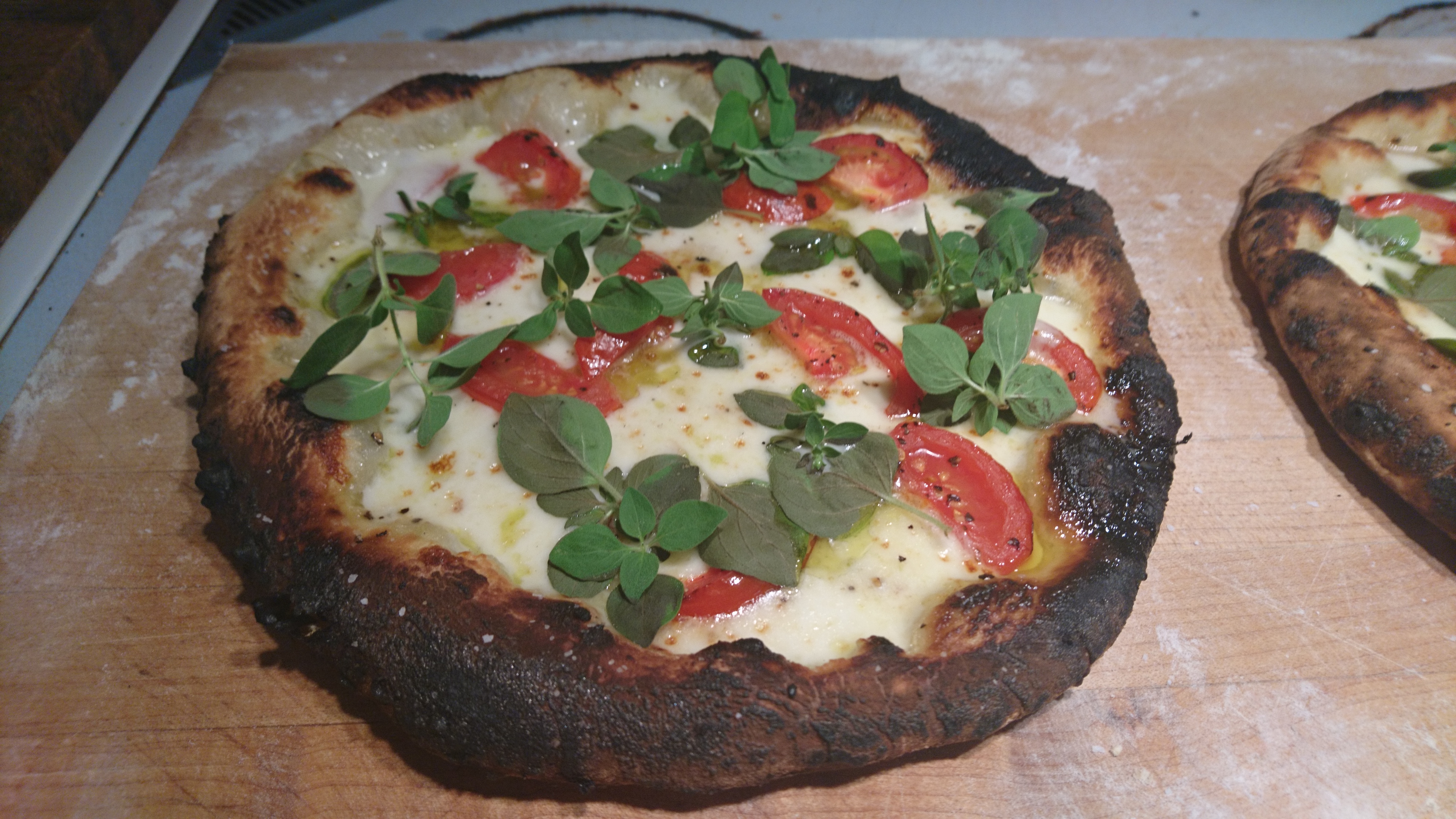 My next attempt for that will be using a pizza steel, which ought to have better conductivity and thus help even out the heat. Will it burn the crust, though? We'll find out.

The pizza spinners did make it easier to spin the pizza quickly, in place. Once, that is, I figured out to use them like claws and spin the pizza around by grabbing the sides of the crust, instead of by poking them into the center and spinning. The latter isn't very effective, and can tear the pizza. But, the results speak for themselves; look at the even cooking of the pizza at the top of this post.

Overall, I think I'm a lot closer to the gas-fired pizza of my dreams. Just a little more tweaking and trials to go. I recommend the spinners, for certain, and maybe the thicker stone if you can get one and don't want to try a pizza steel.

Oh, and I also made some strawberry-machego empanadas in the Koda: 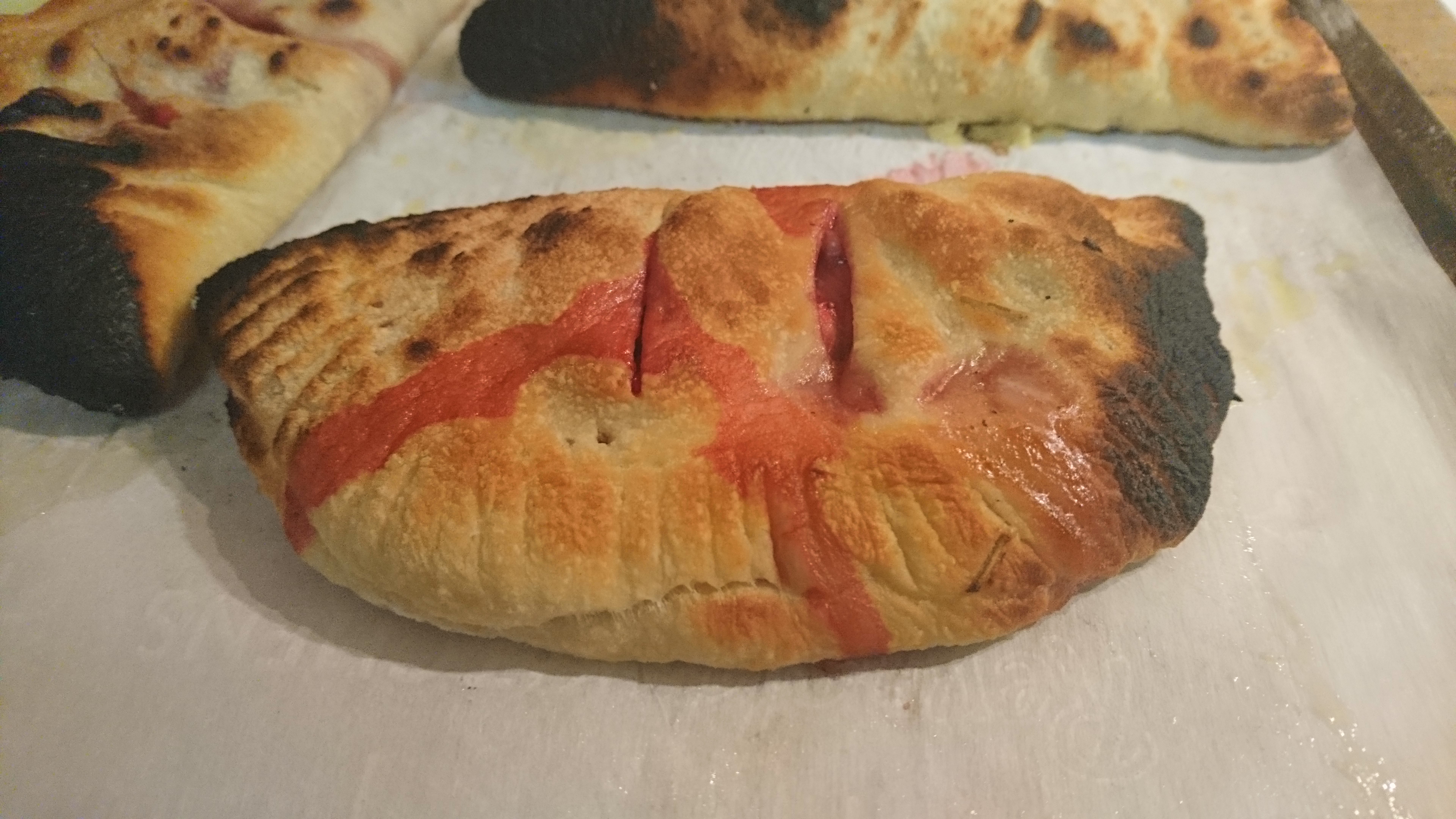